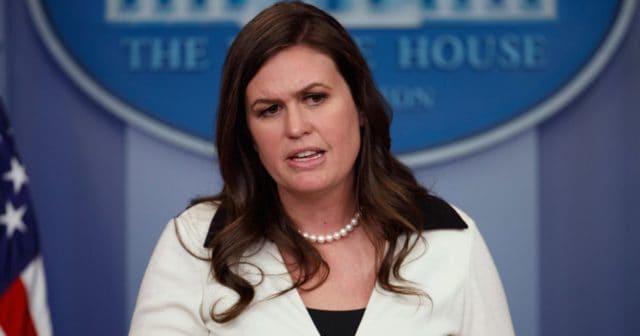 You can say that Huckabee was kind of born into the life of politics. At the age when most kids would be out playing and having fun she was helping her father, the former governor of Arkansas Mike Huckabee, with his campaigns by stuffing envelopes and knocking on doors. She did at lot to help out her family and in a sense her course was decided for her as she eventually grew up and continued her interest in politics. To date she is the press secretary for the White House and is the person that must continually field questions about Trump that are often aimed at his presidency and its supposed failings. Thus far she’s been on the receiving end of a lot of criticism, but give her respect at least for keeping her cool during the insane questioning that continues to pour forth.

Since it’s an eventuality that needs to be prepared for, here a few women that could possibly pass for Sarah Huckabee if and when the movie of the Trump years is ever made.

I’ll be man enough to admit that I don’t care for Amy Schumer. She’s crass, a bit arrogant at times, and is uniquely proud of the fact. She’s got an attitude that just doesn’t want to quit and will say whatever’s on her mind no matter who she’s talking to. That’s why she’s perfect for the role though, and as an option she could probably nail it fairly well.

Melissa McCarthy would have to tone her infamous rhetoric down a bit for such a role but she’s such a big talker in the movies that it would be child’s play for her to take on the role of Huckabee. She’s shown that she can nail a dramatic role just as well as she does comedy so it wouldn’t be any stretch of the imagination to let her take this role and run with it.

She might not seem like the right body type because, quite honestly, Huckabee is a bit heavier than Stiles, but this could still work. Somehow when I look at Huckabee I am reminded of Stiles and her facial tics work when she’s talking. It just seems to fit and we all know that Stiles can nail the attitude needed in order to pull off a role such as this.

There’s no shortage of attitude or confidence with Rebel Wilson since she’s been seen to be absolutely wild onscreen and fully in control of what she wants to do. That’s a big selling point for most of the ladies on this list is the right attitude, but the body shape could be another big sticking point depending on what a director would want.

This is based largely off of her role in the recent Wonder Woman film. While she didn’t display a lot of confrontational qualities she is still a pleasant actress and seems like she could fill the part pretty easily. It would also give her a chance to branch out as an actor.

All of them would work in one way or another, just so long as they brushed upon how to be Huckabee.