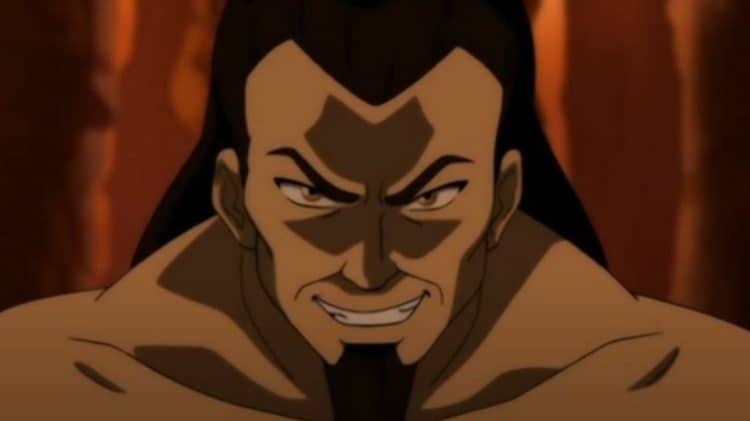 The sinister Fire Lord Ozai was the main antagonist of the animated Avatar: The Last Airbender series. The thing is, he didn’t really appear too much in it, which was kind of a letdown. Now on the very big upside, he was voiced by the legendary Mark Hamill. I must admit, however, that hearing him talk for that character just made me think about his most famous role, which is not Luke Skywalker. Okay, maybe his most famous role where we actually see his face. Of course, there’s no one on this planet who can deny how awesome his voice acting is when he’s voicing the Joker. Remember when he started in the animated Batman series and you heard him do the laugh for the first time? That is just beyond iconic and he’s only gotten better. If you don’t believe me, just replay the Batman Arkham games. Now, back to Fire Lord Ozai. He is the first adult character that has been cast in the upcoming live-action Avatar series. I was already interested in this series, despite the creators of the animated series departing from it, but now, I am excited. Why? Well, it’s because Fire Lord Ozai has found his live-action actor. If you’ve ever seen Lost or if you’ve checked out that disappointing Hellboy movie from 2019, you will know Korean actor Daniel Dae Kim. He’s more famous for his roles in television, which also includes Hawaii Five-0 and the Buffy the Vampire Slayer spinoff series, Angel. And if you’re a fan of the Saints Row video game franchise, he voices one of the main characters, Johnny Gat.

Yes, this man has quite the diverse resume and a very underrated actor. In all honesty, I’m more than excited to see him portray Fire Lord Ozai in this live-action series. I mean, he’ll surely do much better than Cliff Curtis did in that horrible 2010 movie. Granted, Cliff Curtis was barely in that movie, but it wouldn’t of made much of a difference. I mean, everything about that movie was atrocious, but believe it or not, I am confident this live-action show will fair much better. For starters, they have a talented cast that isn’t being whitewashed for no good reason. So they already found their children actors for the main cast, but they come across some adults on their journey. The most crucial adult character in the show is the father of Zuko, the Adolf Hitler of the Five Nations, the notorious Fire Lord Ozai. He’s probably the worst kind of villain you can possibly think of. He’s a ruthless dictator, an unapologetic bigot, a power-hungry fire bender, and to top it all off, he’s the worst father ever. Zuko got that horrible burnt wound from him and believed he was doing it to discipline his son. Fire Lord Ozai is, for the most part, a failure as a father, but his far more explosive daughter, Azula, is more than happy to obliged to his demands.

It is one messed up family, but it is one that kept the show going. You can certainly say that Zuko and his uncle Iroh were the best characters from that family and the whole show for that matter, but who set the stage for the whole conflict? Despite Fire Lord Ozai being the main antagonist for the Last Airbender series, he’s practically a ghost for most of the series. We hear his name for many episodes and we see the pain and suffering he has caused for the people of the Fire Nations and his own family. Is there any worse kind of villain? I don’t think so and that’s what we need to see in the live-action series. What I hope to see from Daniel Dae Kim’s performance as Fire Lord Ozai is just about everything. For one, I’m wondering if he’s going to have that famous and ridiculously long chin beard. Come on, just try to tell me that didn’t make him stand out. If he doesn’t have that, then I’m sure the show will do everything they can to make him look as intimidating as possible. For the most powerful fire bender in the Five Nations, he should be scary just to look at. Speaking of which, I just want to see more of Fire Lord Ozai. If I had to point out some of the criticism I have with the animated show, it would be lack of the villain.

Now I get that they were saving Fire Lord Ozai for last and be the final boss for Aang. That’s who he was training for during the entire show and boy, what a battle that was. I’ll be honest, I mostly heard Mark Hamill nearly repeating his Joker voice. Not that that’s bad, because I love hearing that voice, but he wasn’t voicing the Joker. I think Mark Hamill was a good fit for Fire Lord Ozai, but I just couldn’t help but hearing the Joker. Heck, he even spent most of his battle with Aang taunting him in a similar way Joker taunts Batman. An awesome battle, but I wanted to see more of the villain for the whole show. The point is, I’m hoping to see more of Fire Lord Ozai for the live-action show. I like Daniel Dae Kim as an actor and I am very confident he can do the villain some justice. I want to see all the villainous aspects of Fire Lord Ozai, especially his abusive relationship with Zuko. In fact, can we think about a single time when he interacted with his older brother Iroh? I actually can’t. That’s something the live-action show can do and it can be the most intense interaction. I mean, those two are directly related to each other, and yet Iroh is so wholesome and Fire Lord Ozai is so nefarious. It’s quite the ironic pair of siblings and I think we should see them interact so we can see why they are polar opposites. What are your thoughts, Avatar fans? If this live-action series didn’t get you excited at first, then I hope the casting of Daniel Dae Kim will at least get your attention.

Ethan Hunt vs. James Bond vs. John Wick: Who Wins?