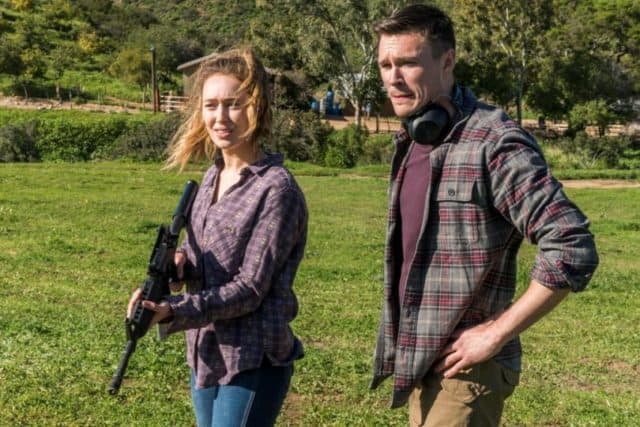 Given its name, it should come as no surprise to learn that Fear the Walking Dead is a post-apocalyptic zombie horror that was spun off of another post-apocalyptic zombie horror The Walking Dead. Unlike most spin-offs, Fear the Walking Dead stands out in that it is a prequel that uses none of the characters from its source. Instead, it has separate characters with separate plots in separate times and paces, meaning that it offers separate looks into the shared setting from separate perspectives. As a result, it is no wonder that the viewers of the two TV shows are curious about which is better than the other.

At the moment, it is too soon to say that Fear the Walking Dead is better than The Walking Dead for the simple reason that it has had more than its fair share of problems. For example, its pacing has been uneven, with it being too slow in the first season and too fast in the second season, as shown by the fact that the first half of the second season had not one, not two, but three separate conflicts that were started up and brought to a conclusion. As a result, the TV show has not been able to strike the balance between the two extremes needed for a narrative to flourish, resulting in insufficient development of characters as well as a sense that the TV show hadn’t managed to find its footing by that point in time.

However, that seems to have changed with the third season of Fear the Walking Dead, which seems to have shaped up to some extent, though it is still too soon to say whether this will remain true or not. In contrast, The Walking Dead is suffering through one of its poorer seasons, as shown by fallen ratings compared to previous seasons. In part, this is because the characters on Fear the Walking Dead remain a mix of good and bad living in a world with moments of something other than unrelenting darkness, whereas the characters on The Walking Dead have become victims of a repeating cycle of finding a safe place, becoming caught up in conflict, and then being forced to leave in search of another safe place. However, it should also be noted that Fear the Walking Dead is still at the part where the cast are searching for safety as opposed to their counterparts on The Walking Dead who are stuck with attempting to secure a community, meaning that their storylines tend to be much more interesting by offering a wider range of plots in a wider range of settings.

Summed up, it is premature to call Fear the Walking Dead better than The Walking Dead, but the fortuitous coincidence of a number of factors means that now is the best time for it to overtake its source. Assuming that it can maintain its strong start, its chances look better than what most people would have expected based on the not so distant past, particularly if The Walking Dead should stumble.