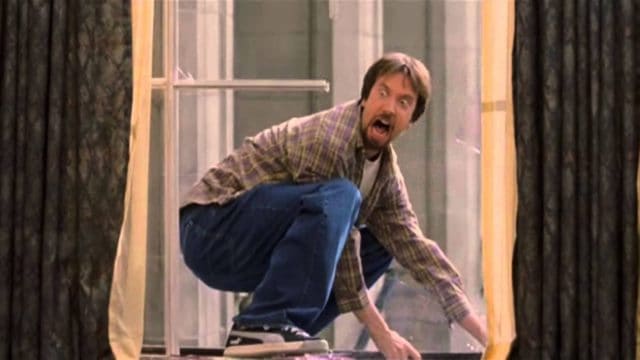 This would have to be the best story about Freddy Got Fingered because the story itself was about as much nonsense as Tom Green has ever put together. The movie was more than just a dud, it was a humongous flop covered in something unmentionable and reeking of entirely too much of a failed attempt at humor. The only thing that could have made it worse was that someone seems to have actually had a warrant put on them for not returning a copy of the movie, which is hard to fathom since it would mean that someone actually RENTED the movie. Was it in a Redbox or something?

And honestly, how long would you have to keep a movie nowadays to have a warrant put out on you for this type of thing? I would almost think that the company in charge of the Redbox would send the person a thank you note instead for taking this stinker off their hands. And more than that, Tom Green apparently agreed to pay the guy’s fines if they weren’t too outrageous. The guy must be hard up for work if he needs to give this kind of attention to someone that might have been a fan or just curious to see what Freddy Got Fingered was all about. Trust me, ready the Wiki page and you’ll have a much better time of it than you would watching the movie.

Does anyone remember Tom Green at this point? Do any of you recall just how crazy his show was and how funny it really wasn’t? The guy was the image of the class clown that would do absolutely anything, and I mean ANYTHING, to get attention and possibly a pot-influenced laugh out of his viewers. I can still recall one episode that I happened upon when Tom was attempting to film a show from his house while he was drinking. What he was drinking I don’t know, but it was an alcoholic beverage and judging by the amount in the bottle he was pounding it pretty hard. That might have been okay as he was in the comfort of his own home and was getting pretty tipsy.

But then, of course, things just had to get weird.

Getting drunk wasn’t enough. The viewers were then subjected to Tom acting like even more of a fool than usual and even had to watch him bend over the toilet and let loose everything in his stomach at that point. I shouldn’t say people HAD to watch, but I’m betting a lot of people did since his ratings continued to level out during that time. Personally I was gone by the first time he yakked, as that doesn’t seem like comedy so much as it does like career suicide. Vomiting onscreen on purpose seems a sure bet to lose popularity, and there’s no doubt that it did a number on his career since not long after his ratings took a nose dive.

Tom Green isn’t much of a comedian, or an actor. In fact I’m not sure why he’s still relevant.