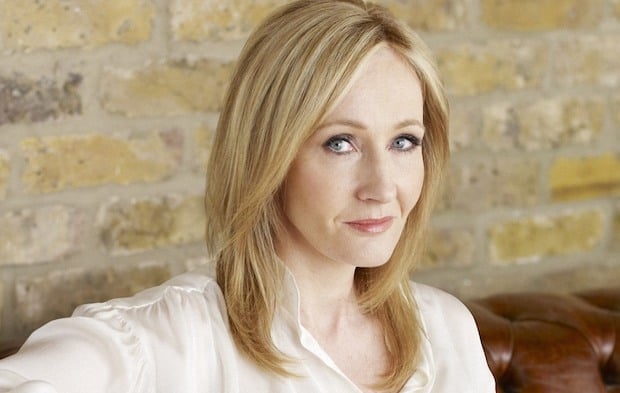 The buzz about this theory is kind of funny since people are giving a lot of serious thought to this in the scope of the story when the truth is that the Horcruxes in this case are the characters that Rowling managed to develop and then kill off at some point in her books. Killing off the fictional characters one creates in a story isn’t quite the same as murder, but as a writer, I can attest to the fact that it does kill a small part of you that was invested in that particular character, especially since that is your creation, a piece of your heart and soul that was brought to life no matter if anyone read it or not. Even harming a character in one’s own story can be tough, and throughout history authors have been killing off characters left and right, so it can be stated that Rowling isn’t the first one to do it, but the nature of her story brings home the idea that no matter how many times it’s rewritten, no matter how people might react to it for one reason or another, the author is still made immortal since a piece of them will always exist in the story that bears their creation.

One obvious reason that a lot of fans would be taking this in a negative light is the fact that folks are still getting down on Rowling for her view toward transgender women, no matter that the idea is to allow people their opinions no matter how abhorrent they might be to another person. The hypocrisy of it has yet to hit some people, but the thought that no matter how much some folks would love to cut Rowling out of her own books, it’s not going to be possible, since every copy that hits the shelves and sits for however long people decide to keep their copies. What’s really amusing is that until this issue cropped up, no one would have ever cared since from what people have said they’ve used the Harry Potter stories in whatever way they needed to justify their own existence and how their lives had developed. But the moment that Rowling was called out, quite a few fans turned their backs on her without hesitation, and many were quick to see one of their favorite stories in a very different light.

That would tend to mean that their own convictions weren’t quite as strong in the first place, or they’re just as fickle as many fans and are more than willing to follow any trend, fad, or a bit of rumor and gossip that aligns with their own worldview, rather than thinking things through on their own. In the movies, a Horcrux is a piece of someone’s soul that is stored away to preserve who they are just in case they’re destroyed, and it’s a severely negative thing since, in order to split one’s soul, they must commit one of the vilest act ever. They have to kill someone. Tom Riddle did this seven times without blinking apparently and was considered one of the most despicable villains ever created. J.K. Rowling killed several of her most beloved characters and yet, the truth of it is that until the attacks upon her person began, none of them would have been seen in such a light.

How about that? A reverse Horcrux was made, and it was the act of the fans that have turned their backs on Rowling and denounced her that made it happen. It’s kind of funny to realize that the fans had that much power since like it or not, no matter if someone does get ambitious and writes a knockoff Harry Potter in the future, there will always be the fact that Rowling’s story was the inspiration that made it happen, which will thereby keep her name relevant. The name of J.K. Rowling is one that’s no doubt going to stick around for a long time to come, whether it’s due to her fame or the infamy that she’s been given over the past couple of years. What fans and former fans don’t appear to realize is that by mentioning her over and over again and admitting that she wrote the stories they admired so much before they turned on her, they’ve created the Horcrux, corny as that sounds.  Authors come and go, that much is obvious, but some of the great ones will live on for a while to come since their names won’t be buried in the history books that easily. J.K. Rowling might have done such a thing on purpose or by accident, but she’s already written herself into immortality in a big way. Whether you want to call it a Horcrux or focus on the fact that her stories became a huge inspiration to so many is kind of on the individual.