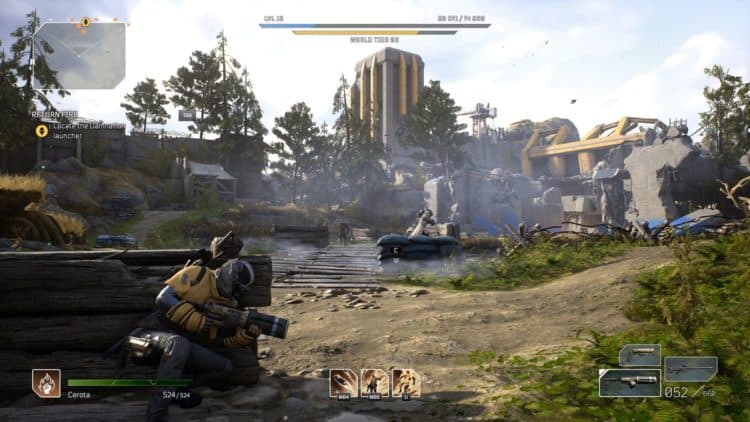 Square Enix has recently posted the patch notes for an update to Outriders, and they claim that this is the biggest patch that the game has received as of yet. Many players were hoping that these Outriders patch notes would shed some light on – or just fix altogether – the inventory bug that has been wiping out players’ inventories since the launch of the game. Unfortunately, it doesn’t look like that’s the case as one line (in all caps) states: “Note: This patch does not restore inventories or fix characters encountering the ‘Can’t connect to server’ issue. These restorations/fixes are currently being worked upon.” So, I guess we’re just left to wait until the next news about these issues, but at least we know that it’s being worked on. So what did we learn from these Outriders patch notes? (All of the below changes apply to all platforms unless otherwise stated).

It’s nice to see that this Outriders patch fixed a good bit of crashes across all platforms, because that’s been a pretty big issue for many people since the game launched.

I was worried that this Outriders patch was going to nerf even more classes into the ground, but it looks like it mostly just fixed existing issues with them.

I like that this Outriders patch fixed a lot of audio issues, but I would still love it if they could turn down the launch music as soon as you start the game.

Well, Square Enix definitely wasn’t kidding. This update is huge and involves quite a few changes, fixes, and just overall improvements to the game. If you’d like to check out the Outriders patch notes directly from Square Enix themselves, you can do so here, although I’m not entirely sure why you would want to do so, considering you just read through them here, but hey, who am I to judge? What did you think of this Outriders patch?