Home
Movies
Everything We Know About Insidious 5 So Far 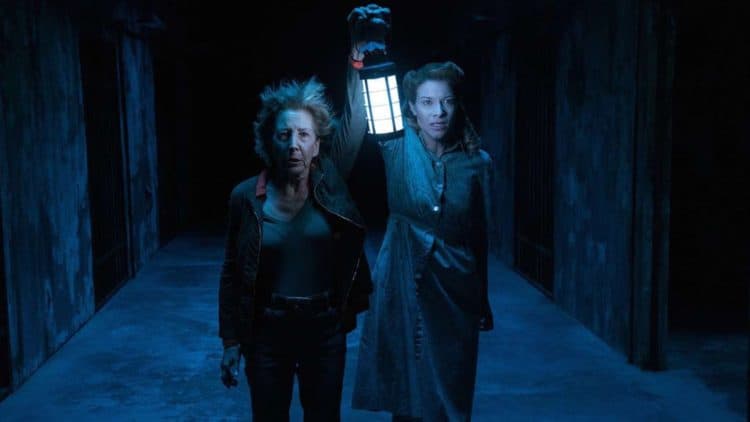 It was announced in February of 2018, that there were plans in the pipeline to release and Insidious 5 film in the wake of the surprise success of the fourth installment of the Insidious series of films. It has taken some time for information to slowly seep into the media about this film, but there is now some information available to fans of the film series. As the potential release of the fifth installment gets closer, here is what we know so far about Insidious 5.

Insidious first hit movie screens in 2010, followed by Insidious: Chapter 2 in 2013. The first two films in the series were both directed by James Wan. When Insidious: Chapter 3 was made in 2015, Leigh Whannell, the writer of all the films in the series, stepped up as director. The fourth installment of the Insidious film series, Insidious: The Last Key, was directed by Adam Robitel and released in 2018. From a budget of just $10 million, the fourth film in the series made a whopping $167.7 million at the worldwide box office. It was this phenomenal level of commercial and critical success that prompted the decision to add a fifth film to the series.

Rumors of a fifth film began to circulate in February 2018. Geek Tyrant is just one of the many websites that reported this movie news. In their report, Geek Tyrant says that the main reason that another film is being considered is that the box office figures have risen for each film in the series and that it is hoped another installment will enjoy even greater commercial success. They say that the films made $90.7 million, $113 million, $161. 9 million, and $164.7 million respectively. This report also hints at the potential director of the next film, saying that Adam Robitel made such a good job of Insidious: The Last Key, that it would make sense for him to return for the fifth film. However, as yet, there has been no confirmation as to who will direct the film.

According to Gamespot, the rumors of a fifth film were confirmed by Jason Blum of Blumhouse Productions, who produced all four films, in October 2018. Blum said that it was likely that another film would add to the series, but that this was something he was fighting. His opinion is based on the fact that for the fourth film, the used the tagline ‘the final chapter. This gave the impression that it was the end of the series. There are others who agree with Blum that the fourth film should have been the last and that the series should have ended on a high.

Although it is almost certain that Insidious 5 is set to happen, there is still a lot up in the air and many of the factors that made the first four films so successful may not return for the fifth film. Not least, that the fifth film may not involve Leigh Whannell, says Cinema Blend. Whannell has been a huge creative influence on the first four films as he has written and co-produced them all. As he also directed the third film, he has made a significant contribution to the film series and its success. However, the writer and director spoke in interviews in 2018 about it being unlikely he would have any involvement in the fifth installment.

He has said that he is expecting to get a call when they are ready to start producing the film, but he is not sure if he wants to get involved. While he says that he has enjoyed the experience of being part of the franchise, he is not sure if he has anything more to offer. Whannell has suggested that it might benefit the franchise to have a fresh set of eyes on the new film. The writer did not suggest who might take over the writing of the film if he decided to decline the offer if one comes his way. The storyline of the film has not been confirmed and it is not even known if there is a solid plot decided for the film. However, it has been agreed that the film will not be another prequel like the fourth film, which was actually the second story chronologically speaking.

There is also still no news about the potential cast members of the new film, so fans are left guessing. There are just three characters who have appeared in all four films so far. These are Lin Shaye as Elise Rainier, Angus Sampson as Tucker, and Leigh Whannell as Specs. While it may seem obvious that all three of these characters would return for the fifth installment of the series, Whannell has already hinted that he will possibly not write the next film. Does this mean he is also not interested in being one of the lead characters?

Two consistencies that are most likely to remain the same are the involvement of Blumhouse Production and James Wan. Blumhouse Productions has produced all four of the existing films and they have already confirmed that it is they who will produce the fifth as they own the franchise. Although Wan only directed the first two films, he has co-produced all four. His involvement would give some continuity to a fifth film.