As Kevin Burwick of MovieWeb states, someone has a serious affinity for Chris Evan’s, aka Steve Rogers aka Captain America’s, backside and has no trouble showing it off in this post above. “America’s Ass” is by far and large one of the most talked about moments in Endgame since it was brought up more than once and obviously was just as endearing as the other backside theory that involved Ant Man and Thanos, which was thought of as gross by some people and absolute gold by others. There’s plenty to go on when it comes to that theory but for the sake of sticking to the subject let’s just say that it might have been one of the more disturbing Marvel moments if the Russo’s had decided to go ahead and just work with it. Oy, that would have been a mess, metaphorically-speaking hopefully. But in terms of Cap’s backside someone obviously got to thinking that it would behoove them to make a testament to something and someone that has been a part of the MCU for quite a while and has been one of the more instrumental Marvel characters for a long, long time. Fans were no doubt sorry to see Evans go along with Robert Downey Jr., but thankfully it was a good ending and it was something that, despite any theories and ideas that he could come back, should allow Cap that final peace that he was wanting so badly. 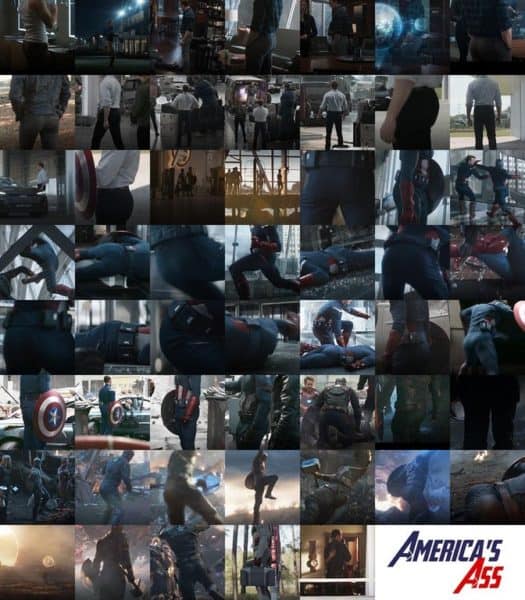 Marvel is far from done after all and whether or not Falcon will stay Falcon instead of decking himself out in the red, white and blue is hard to say since a lot of people might protest simply because it’s too soon and they don’t want to see another Captain America, they want to see Falcon in his own glory and doing his own thing. Rob Keyes of ScreenRant has more to say on this matter. Even in the comics the replacement of Captain America didn’t go over so well, heck, USAgent was kind of a flop and he lasted for a while despite the fact that he was more of a hothead with severe anger management issues that Cap was never that tolerant of throughout the comic series. There’s really no one that can replace Cap since he was an icon coming into this generation and had been for a long time. In his own time he was a creation that stood as an American ideal and was a symbol of America that was shown punching Adolf Hitler square in the face as a means of rallying the support of the American people. As a superhero he definitely wasn’t perfect since the world wasn’t about to conform to what every hero wants to see happen, but thankfully the in the MCU he was one of the main grounding points for the Avengers that helped to settle them all into place and give the team a very solid center to work from.

Now as things go it’s going to be interesting to see how everything pans out since the Avengers aren’t bound to be the same without Captain America and Iron Man, basically the guts and glory and the financing and genius of the team, which made up a good portion of how the Avengers operated and how they were able to stay together as one cohesive unit. If the Avengers ever come together again it’s going to be under new leadership and it’s likely going to be a very different team since if you can recall, Captain America was the one that kept them on the straight and narrow most times, while Iron Man was the one that acted as the most impulsive among them at times. Those that were left behind such as the Hulk, Thor, Hawkeye, War Machine, Wanda, and several others that we didn’t see officially join but could come when called, might not really stick as a proper team for a long time to come, if ever. Plus, Chris Hemsworth could be on his way out after the next Thor movie unless he’s decided to stick around for some time to come, which could be interesting but problematic since if he shows up in Thor: Love and Thunder and then Guardians of the Galaxy vol. 3 it might be an issue since the Guardians will end with the third movie and there’s no way to tell if there might be another Thor movie coming.

Right now despite the plans that have been made a lot of things are up in the air as far as how the MCU is going to move forward and how it could possibly tie everything in once again to make yet another super-movie that will include the remaining heroes and any that are introduced from now to then. There are a lot of possibilities since Disney now has access to so many characters, but it’s also a huge hope that they learn how to use the characters before really letting loose with them.