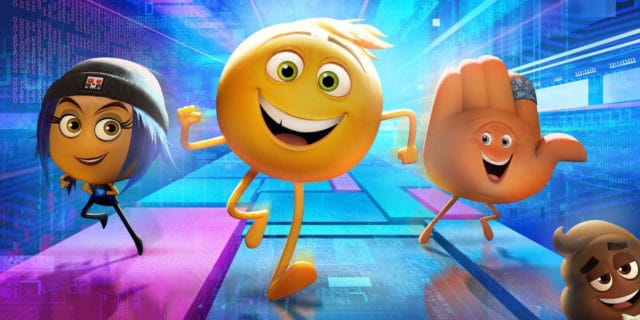 Recently, the Saudi Arabian government lifted its ban on public cinemas, which was put into place for the purpose of pleasing the more conservative segments of its population in the 1980s. The lifting of the ban has resulted in interested parties capitalizing upon the opportunities presented, as shown by the estimate that the first public cinemas will open up in March of 2018. However, it is interesting to note that some parties have started showing movies by making use of public spaces, as shown by the fact that The Emoji Movie has become the first movie to be shown in public in Saudi Arabia since the lifting of the ban.

With that said, while The Emoji Movie is not exactly what can be considered high art, it is a safe choice for the first movie to be shown in public in Saudi Arabia since the lifting of the ban. After all, it is not concerned with what can be interpreted as sensitive matters, meaning that there is no chance of it stepping upon metaphorical toes in said country. Something that is an important consideration because while the ban on public cinemas has been lifted, the movies to be shown within them still have to meet with the approval of Saudi Arabian censors. Regardless, The Emoji Movie was the first movie to be shown in public in Saudi Arabia in a long, long time, but it will not be the last, not when the current Saudi Arabian government has such high hopes in this regard.

For those who are curious, the Saudi Arabian government has a strong interest in economic diversification, which is perhaps unsurprising when it has such a huge reliance on oil at the moment. One of the economic sectors that it is interested in is the tourism sector, which is one of the reasons that it has chosen to lift the ban. However, it is interesting to note that the Saudi Arabian government is aiming at not just foreign tourists but also its own people in this regard.

After all, Saudi Arabians watch a lot of movies. A lot of Saudi Arabians watch at home through the use of the Internet as well as various other methods. However, it is interesting to note that there are also Saudi Arabians who visit their neighboring countries for the purpose of watching movies as well as engage in other economic transactions. As a result, the Saudi Arabian government has an unsurprising interest in ensuring that some of this spending happens within its own boundaries instead, which should be helped by the opening of its own public cinemas in the not too distant future.