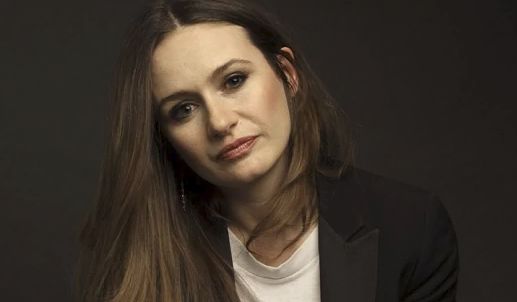 The secret life of Emily Mortimer is, for lack of a better explanation, the life that a lot of us don’t know because the actress has decided to keep it on the down low rather than publicize everything about herself until now. The long and short of it is that actors tend to give information when they feel like it, when they want to put themselves out there for people to see, or are forced to defend themselves when those seeking information find something that might be extremely embarrassing or taken out of context. Too often it seems that this is the case and that the quieter lives that some celebs want to have away from the glitz and glam is exposed and used to either tell the entire world them or is used to humiliate them in some way. Thankfully Emily’s life is something she’s quite proud of and very candid about most of the time.

Here’s just a few things that you might not have known about.

She had a brother she never knew about.

Her father had an affair with an actress decades ago and apparently the family just found out about him when he was fully grown and had his own family. For some this might have wrecked their family dynamic, but Emily’s family took it in stride and welcomed him in. You can imagine what kind of scandal this might have been had it affected them in a negative or adverse way, but any negativity that was to be taken from the revelation kind of got diffused in a big hurry since the Mortimer’s were welcoming to this member of the family and didn’t sweat the small stuff so much. Emily in fact has stated that her brother is a decent man and that her family has been very closely knit for so long that accepting another member into the fold wasn’t a big deal. That’s the kind of human interest story that you might think would create tabloids and titles that would go a long way towards ruining someone’s reputation, but thankfully that effect was never realized.

Her roles in film and TV have been controversial at times but she’s rolled with them.

Some of her roles could be seen as racy or even kind of risque but quite honestly Emily doesn’t care. It’s a job and it’s what she loves to do so the limits do get pushed a time or two but they are almost never past the point to where she’ll just get up and leave. As an actress Emily has certainly had to do some things that would make people cringe, but at the same time she’s been making a name for herself by standing her ground and keeping to her own convictions. That’s an important characteristic for any actor to have but it could be part of why she hasn’t been seen in the mainstream as much, as many actors will adapt and evolve and even conform to what people want of them, while Emily tends to do as she wants, which is admirable really.

She does manage to break the English stereotype that so many seem to find endearing.

The English are people just like anyone else. The country itself and its people are generally thought by many to be polite, upstanding, and in some cases rather stiff in many ways. But the truth of it is, and the truth that Emily has shown, is that beneath that layer of fine manners there is a cheeky bugger in everyone no matter how well-behaved they act in public. The stereotypes of the English gentleman and the English lady are great and all for film and TV, but in reality there is much more to the country than that. They might not make it a habit to swear and show bad manners to everyone they meet, but they are human after all and will manage to showcase their own personality from time to time in order to fit in or make their own place in the world.

When it comes to acting in particular many people seem to think that every English citizen that acts has spent their time walking the boards so to speak. The truth however is that while a great many within England’s borders might have stepped across the stage a time or two a lot of them find the stage less endearing and more frightful than placing themselves on screen where many, many more people can see them. Emily actually got turned off to the theater for a while and has been enjoying being on camera more often.

So whatever you think you know about people from the rumors and gossip that gets spread around it’s usually wise to take a step back and realize that at this moment you don’t really know much of anything. Sometimes asking the people in question is the best way to find out what they’re really all about.