Home
Television
Elisabeth Moss Might Lose Emmy Because of Scientology 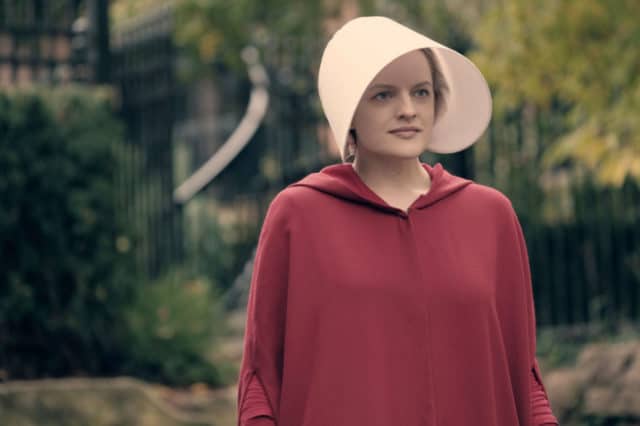 As the Emmy Awards approach each year, there is always an element of competition and rivalry between those who are nominated. While this is usually good-natured, there have been many instances in the past of actors discrediting their rivals, both professionally and personally, in the lead up to this big event. As always, there are some interesting rivalries in the lead up to this year’s Emmy Awards and perhaps the most talked about of these is the competition between Leah Remini and Elisabeth Moss.

Leah Remini is a former Scientologist who has spoken out against her former religion. She is nominated for the Outstanding Information Series or Special Award for the A&E series ‘Scientology and the Aftermath’. Elisabeth Moss is a practicing member of the Scientology church and she has earned herself a nomination for Best Actress for her role in ‘A Handmaid’s Tale’, a limited series for Hulu.

Moss took to Instagram to post a photograph of herself with a written post telling fans that it was the last event of season 1 of ‘The Handmaid’s Tale’ before the Emmy’s. This led to fans asking about her religious beliefs and how they relate to the beliefs of those living in a post-apocalyptic town in the series. Moss responded quickly and denied that there were any parallels between the beliefs of Scientologists and the events in ‘The Handmaid’s Tale’. She went on to talk about religious freedom, equal rights, understanding the truth, and creed tolerance.

Meanwhile, Leah Remini used ‘Scientology and the Aftermath’ to convey to viewers the different beliefs of the church of Scientology. One of these is that they object to the use of the Internet. Also, they believe in something called ‘acceptable truth’. This means that Scientologists should only say things that are acceptable to the public.

In an interview, Remini explained that this may cause friction between herself and Elisabeth Moss should they meet face-to-face at the Emmy Awards. As Remini has spoken out against Scientology, Moss will now consider her an antisocial personality. According to the rules of ‘acceptable truth’, Moss isn’t allowed to speak to Remini if she follows the rules of her own religion. For this reason, it seems that things could get a little awkward when the pair meet.

‘Scientology and the Aftermath’ has certainly brought Scientology into the limelight and attracted attention to this religion. Now in its second season, the series has evoked many questions for viewers and it is possible this will impact on the likelihood of Elisabeth Moss winning an Emmy Award as she is still a practicing Scientologist.

Moss has already had six Emmy nominations for her role in ‘Mad Men’ and is keen to take home an award this year. Her closest competition for the Best Actress Award is currently Claire Foy who played Queen Elizabeth II in the Netflix series, ‘The Crown’. This series is massively popular with the demographic who vote for the Emmy Awards so she is currently the favorite to win in this category.

Remini has said in an interview that she will happily congratulate Moss if she does win the Best Actress Award as she has nothing personally against her. However, she has said that she has issues with the fact that Moss continues to show support for a religious group that Remini believes destroys families and is abusive.