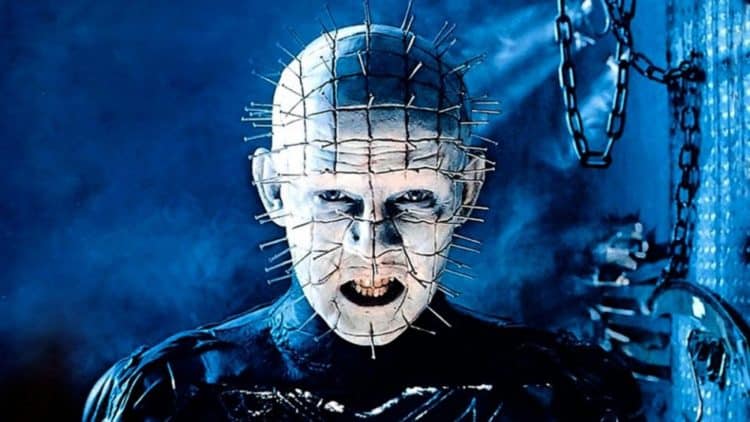 More than a few matchups that have been imagined in the history of pop culture have had to do with opponents that are insanely strong or have some sort of mystical or cosmic power that they can throw at one another. Well, Pinhead and Ebony Maw aren’t too different, but they’re often seen employing attacks that are fueled by their mental prowess, which are then augmented by their brutality. Looking at both combatants one might decide it’s worth laughing since depending on who likes which franchise, Hellraiser or Marvel, they might lean toward whichever character they know more about. In one corner is the leader of the Cenobites that people have known for years as Pinhead, and in the other is Ebony Maw, a powerful character that’s been in service to the mad titan, Thanos, in the MCU, and has actually worked against the same individual in the comics. In the comics, Maw has been far more impressive than he was in the MCU, but no matter which venue Maw was seen in, a lot of people tend to think that Pinhead would be the victor.

One thing that’s kind of obvious is that outside of the comics, neither combatant has been seen as a purely physical combatant, given that their mental capabilities and the power that they wield is seen as their biggest asset. But this is where people might tend to argue that Pinhead is bound to be a little stronger, perhaps even a lot stronger, than Ebony Maw, though Marvel fans might have something to say about that. It’s very easy to say Pinhead’s name and expect people to agree since his description as a lord of hell is enough to make a lot of folks think that he is indeed a power that Maw couldn’t handle. The argument of Maw’s power though, which is impressive since he’s overcome several powerful characters in his time, is tough to overcome entirely.

In a way, this would be akin to Ebony Maw vs. Mephisto, as the devil of Marvel is the closest to Pinhead that one can get in this situation. Since Maw isn’t able to defeat Mephisto no matter how he tries, it’s fair to say that he wouldn’t do any better against Pinhead, since the Cenobite leader is the top individual of his faction and isn’t someone that is challenged so often as to be seen weak. While he can be defeated, Pinhead is a tough individual since the only real way to beat him is to complete the Lament Configuration, the same puzzle box that summons him and the other Cenobites that tend to accompany him. It’s easy to say that Maw would be a challenge since his powers and his ability to fight would keep him in the fight in a way that Pinhead hasn’t been seen capable of matching over the years. Of course, Pinhead has never had to fight in the conventional style that many characters have since he has so many other weapons at his disposal. From apparently nowhere he’s been able to summon the unknown number of chains that have bound his enemies, and it’s easy to state that as a lord of hell that his power is hard to measure.

Maw, on the other hand, is a skilled telekinetic, pyrokinetic, has the power of suggestion at his disposal, and can teleport. They’re both insanely arrogant and don’t mind that others know it, as they feel that they’re superior to pretty much everyone, apart from those that have been able to defeat them. But for sheer determination and durability, it does feel that this fight could only go to Pinhead since while both of them have a history of underestimating their opponents, Pinhead has more of a likelihood of coming back over and over again since he hails from a realm that is, essentially, eternal. Maw has been wounded in the comics and killed in the MCU, so it stands to reason that his arrogance blinds him a bit more than Pinhead’s does when it comes to the real danger that their opponents represent. Despite being more than a little full of himself, Pinhead is capable of backing up his arrogance more often than not.

The same can be said of Ebony Maw, but as it was seen in the MCU, he allowed himself to be fooled by Iron Man when he and Spider-Man were trying to save Doctor Strange. The fact is that Maw didn’t think much of his opponents and he wasted a little too much time in trying to feel them out when he should have attacked. Obviously, it feels like Maw was chucked without being given a good enough chance, but in a fight against Pinhead it feels as though the Hellraiser villain would be too much for Maw to handle since the hellish powers at his disposal would no doubt more than Maw could prepare for.