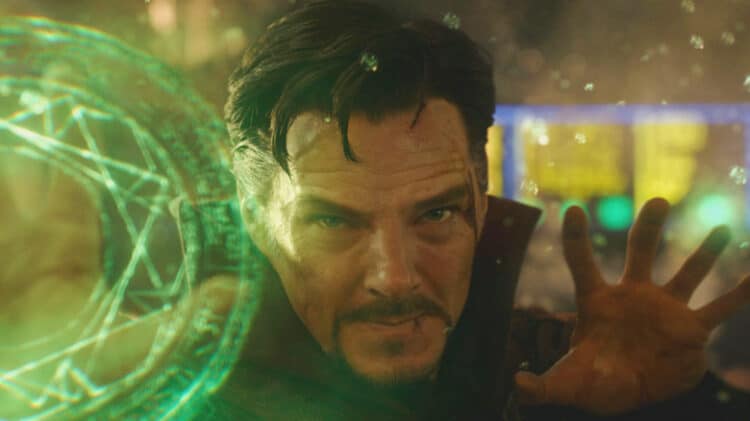 Gauging the various strengths and weaknesses of so many characters can cause a large number of debates, especially when it comes to the level of strength and/or power that various characters possess. In a fistfight, it does stand to reason that Doctor Strange would hold the edge over Dumbledore since one has to admit that there don’t appear to be any martial arts courses at Hogwarts. The only fisticuffs that were seen in the movie occurred between Hermione and Draco Malfoy, and Draco was thrashed with one hit. But the conflict between these two great spellcasters wouldn’t likely come down to a physical altercation, at least not in a way that many would think, since their wealth of knowledge when it comes to the magic they employ and how it affects the world around them would keep them both at a distance, while still well within striking range. There are a lot of reasons to think that Dumbledore might be able to challenge Doctor Strange a bit, especially since Albus is known for playing the long game and having plenty of contingencies set in place to help him when they’re needed.

On the other hand, Stephen Strange is the type of individual that also has his bases covered more often than not, and usually has something up his sleeve that can help him out when the time is needed. Both men have been through hardships in their lives, and have lost people who were important to them over the years, but they’ve dealt with their grief in different ways. Stating that they’ve both sought power and are ultimately uncaring of others wouldn’t be accurate, but the fact is that they have both become insanely powerful and that yes, they do help many people in the course of their lives. But in terms of being powerful, being crafty, and knowing how to outfox their opponents, Strange has a bit of an edge for a few reasons.

A battle between these two wouldn’t last mere minutes, since their spells, both offensive and defensive, would allow them to go for hours, perhaps even days, and finding a way around each other’s defenses would likely take a great deal of effort on the part of both men. But where Strange would have a definite edge is that he’s not only younger than Albus, meaning his stamina is greater, but he’s far more capable of adapting to and mastering new magic, which is an invaluable skill that Albus might have to some degree. The unfortunate truth however is that Albus’s magic is devastating and capable of holding off the greatest wizards in his world, and can affect multiple enemies, but it still pales in comparison to Strange. Doctor Strange is a character that’s taken on characters that are far above his weight class when it comes to magic, and yet somehow he’s pulled out a win using various tricks and magical items or spells that have aided and assisted his efforts. Dumbledore is more about self-sacrifice to be fair, as his guilt over how things have happened in his life drives him, even if the fans don’t manage to figure this out until later.

Calling a fight between Strange and Dumbledore wouldn’t be tough, but it would be a true clash since the force of their attacks would be enough to destroy anything around them. With the Elder Wand, anything that Dumbledore cast would pack a heavier punch, but it does feel as though Strange would be able to adapt to this quickly thanks to the various items he carries and the spells that he keeps memorized and ready to go at any given moment. The more complex spells would no doubt take some time to develop, but Strange could counter the Elder Wand since this is a sorcerer that has taken on gods and entities far beyond his own power and managed to walk away. Albus has taken on several powerful characters in his time, but it does feel as though he doesn’t have the type of upper limit that Strange possesses, as there are many more spells that Strange has in hand that would be able to counter and even defeat Albus once Strange had gained his measure.

Utilizing the mirror dimension might be useful, but it could happen that Albus’s power and strength of will would be great enough to escape. At the end of the day though, Stephen would undoubtedly be the victor since his ability to adapt and to utilize magic that he hadn’t encountered before would give him a serious edge, and there’s a good chance that at one point he could counter and even defeat the Elder Wand, and by extension Dumbledore. One has to remember that Strange is the type of magic user that deals with threats on a cosmic level, while Albus is powerful, but has been more or less grounded in his exploits.