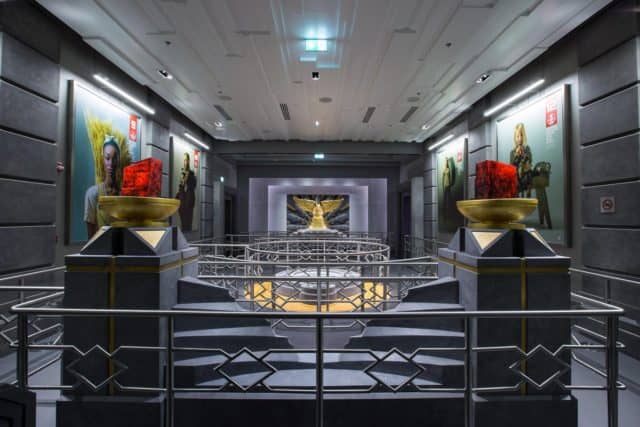 This seems like a really odd idea. I understand that the Hunger Games is a popular franchise, I do get that part. It was a decent movie and as I’ve heard the books are even better, but making a theme park about it seems a bit, strange. It could be a really fun theme park but unlike others that have been in operation for so long it seems a little limited really since even the world of the books was bound between one page and another. Those parks such as Disney and even Six Flags aren’t bound by a story, but by an idea which is about as limitless as it gets.

The World of The Hunger Games is OPEN! Book your visit now: https://t.co/XSP0810XgZ#MOTIONGATEDubai #TheWorldOfTheHungerGames pic.twitter.com/GvB7y1qOI0

I guess my real confusion comes from the fact that a world written into a book can only expand so far before it becomes too stale and dried out. The Hunger Games is a magnificent story that got a little misinterpreted by the movies and in some cases almost ripped apart and put back together in a haphazard fashion. Making a park about the story seems to indicate that it might get picked at even more since the amount of detail that would have to go into this place to make it appealing at all would be enormous. Making a theme park is a huge undertaking and usually will be picked apart by critics and fans alike if things aren’t completely up to snuff.

That’s not to say that it couldn’t be great. If the rides are fun, the experience is something unique, and the entire park is something that’s seen as a nice time for the family or the individual then it could be a good time that doesn’t need the added bonus of being spot on when it comes to the inspiration. I just get the feeling that if this was made in America that people would be checking every last inch of the place to make sure that it conforms to their ideal of what The Hunger Games were all about. Maybe things in Dubai are a little less demanding and maybe the fans are not as restrictive in their thinking. One can only hope so at least.

The rollercoaster looks like it could be fun, especially if it runs at night. I’m still trying to get my head around the idea of a Hunger Games theme park though. In my mind I see the training room experience where Katniss had to wow the onlookers, the arrival of the other tributes for presentation, and the life or death struggle in the different arenas where the tributes had to continually struggle against one another and the terrain. I know we’re not seeing a lot in these clips but it would be nice to know that the other experiences of the Hunger Games would be represented and that it isn’t just the Panem experience

That seems like it would be a giant cheat to the fans. I can only hope that’s not the case.