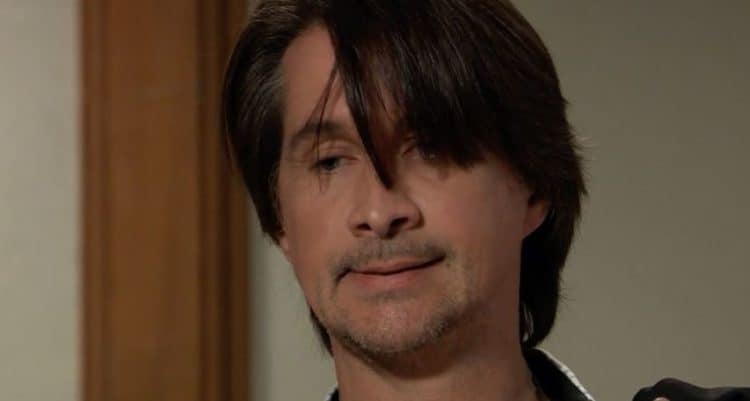 General Hospital fans know Mike is confused and not doing well at all. He’s a man with a serious health problem, and it is affecting every ounce of who he is and what he is doing. He is not in a good place. He is not making good decisions, and he is not going to get to see his life make any appropriate changes in the near future. Things just don’t look good for him, and that is all there is to it. He’s got to figure things out for himself, but he’s also got to sit back and allow his family to give him the help he needs to get by. He’s struggling, and he needs more than they can give him. They know that. He knows that, and yet no one will make the decision to get him this help. It’s sad.

Chase has made a discovery, and it might be something that turns into something huge. We don’t know right now if they can do this on their own, or if there is even a chance they can figure out what it means right now, but things will eventually fall into place. We do wonder if there is a chance we can see this discovery lead to more discoveries, which might just lead to someone realizing that the baby Nelle had was not dead and that it is alive and out there somewhere. Is there a chance that they can make this entire thing right for Michael? We know that it will make a bigger mess for Brad and Lucas, and that Brad knows this is a real possibility in his life, but what will happen? We all want to see this moment come to life, and we want to see it soon.

You guys, can we send a big happy birthday to our favorite Franco? It’s his birthday week, and we think that he deserves a giant happy birthday wish from all his favorite fans. This is a moment we love, and it’s one we cannot get over as he spends his time focused on work, we want to focus on him. He’s worth our time and effort. We think he’s just that great.

"Just another day at the office." #GH55 pic.twitter.com/JciMbZHgG9

Things aren’t going well for Sonny at the moment. He’s been upset, worried, angry, and stressed for some time, and it turns out his own wife is about to step back and call him out. There’s not much that he can do at this point when his own wife is calling him out for all she feels is wrong and unwell in their lives. She’s emotional, and we know Jason’s been worried about her, but this is crossing a line even for her. She’s upset, and she’s not sure how to get this situation under control. She’s a woman on a mission, but she’s also a woman who cannot seem to get things in check for herself.

Additionally, Kim is about to make Drew wish he’d never even met her. They are going through so much with their son, which is all new to Drew. He only just found out recently that Oscar is his son, and he’s not sure how to handle the fact that he is so ill and all this is going on. There’s too much that they don’t know and are not familiar with to make this work. She’s upset, and stressed, and overwhelmed with all of it; and she is going to lay into him to make sure that he is able to get things right. It’s been a bad week for them, and she’s about to make it one that’s even worse. She’s a mess, and she’s not about to help their situation by doing this to him and making it worse. There’s so much going on right now that we don’t feel as if we are keeping up properly.