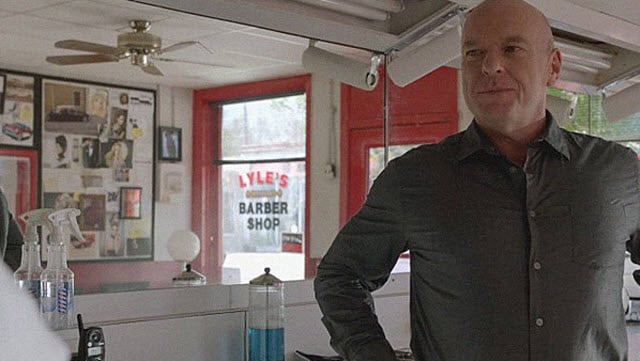 It was only a matter of time before the religion versus science debate came up on Under the Dome. Â The acid raining down was mistaken for blood at first, which really riled up the local barber/religious zealot Lyle Chumley (guest star Dwight Yoakam.) Â Science won this time around though because Rebecca was able to stop the acid rain.

Up until now the mysterious lake girl didn’t have an actual name. Â It isn’t until she’s stuck in the high school with Joe and Norrie and she’s able to open the locker that Angie was killed in front of that they find out her actual name. Â They look up records for the students who’ve had that locker in the last 50 years and one name on the list rings a bell for the girl, Melanie Cross. Â They find a yearbook from the 1988 school year and see that she’s the same girl. Â Okay, now I’m really curious how they’re gonna explain this.

Julia found a photo of Sam, Lyle, and Pauline from 1988. Â Sam shrugs it off by saying that Lyle was dating his sister then but he hasn’t talked to him since she died. Â That’s proven to be a lie since Sam goes to visit Lyle in jail and asks why he didn’t listen to him and lay low since the dome came down. Â They’re keeping some secret buried, which I have a feeling is related to Melanie. Â Either they killed her and something resurrected her or maybe she’s been some sort of alien experiment all along and only they know about her.

One super weird thing that happened in this episode was that the kids were able to get internet access in the school. Â They were getting emails, including an email from Joe’s dad with a message that he and their mother hope to see him and Angie again. Â Poor Joe didn’t know how to tell his parents that Angie died, but he should’ve acted quicker and written back anything before they lost internet again. Â Norrie was checking her Twitter and noticed a lot of mentions from the strange Twitter handle, Hounds of Diana, with random hashtags and things that they’re praying for her. Â Junior checks his email next and he’s actually received an email from Hounds of Diana, with a link to a video that says it will help James. Â By cracking a security code asking for his mother’s birthdate, he’s able to view a video message sent by his mother Pauline. Â She reveals that she’s alive, and if he’s viewing this now, he needs to talk to Lyle and only Lyle about whatever’s going on.

After Junior sees his uncle talking to Lyle on the security cameras, he goes to talk to him next. Â Instead of starting out with the obvious “my mother’s alive?!” question, he asked him if he knows who killed Angie. Â Lyle said he might know, and he would only talk if Junior let him out. Â Something tells me maybe Lyle did it for whatever reason we’ve yet to learn. Â He’s definitely creepy enough.

The episode started with Big Jim conducting a census, but his true motives behind this plan were later revealed. Â Rebecca filled Julia and Barbie in on her latest discovery that there won’t be enough food to sustain everyone. Â She goes one step further and proposes they enact a contingency plan to “selectively thin the herd” if and when the situation becomes dire. Â Julia reads between the lines and is appalled that this was a census to decide who lives and dies. Â Barbie admits he sees some sense to the theory, which leads to a split between him and Julia.

What Barbie didn’t hear while he was arguing with Julia was Rebecca’s Hunger Games-type idea she was talking about with Jim. Â She heard of some little town under threat in some third world country in the past who would put all their elderly people up in a tree and shake the tree to eliminate the weak. Â I don’t think they’ll exactly shake a tree in Chester’s Mill, but this duo of Rebecca and Big Jim together is not good news at all.

How did you like this episode? Â Do you have any theories yet on how Melanie could be connected to Sam/Pauline/Lyle? 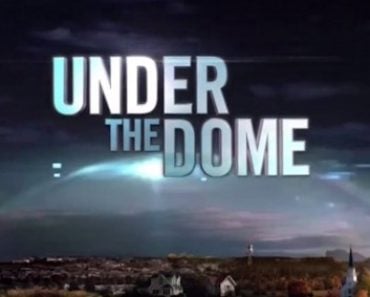 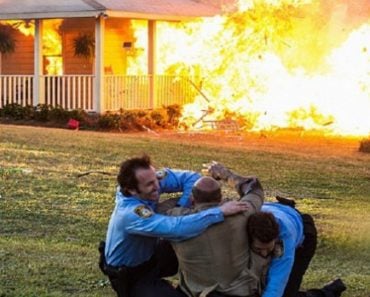 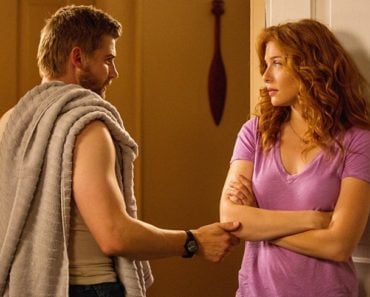 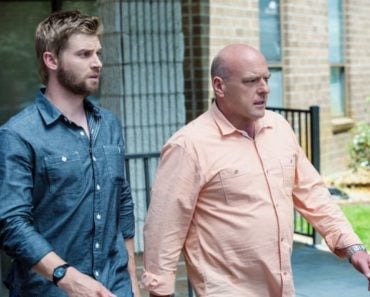 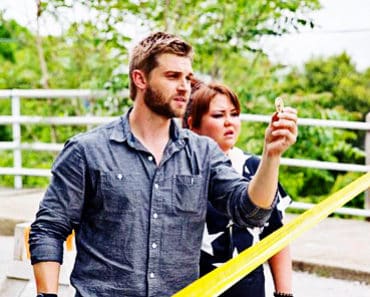