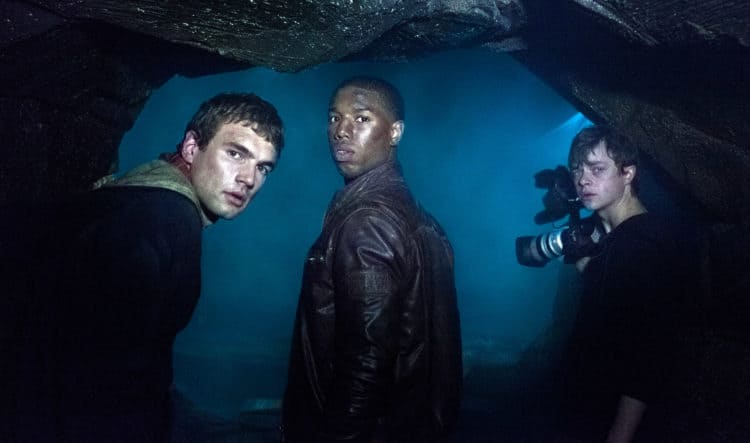 After years of speculation, it was confirmed by producer John Davis that a sequel to the surprise 2012 hit was officially in the works. To quickly recap, Chronicle was about three teens who discover a mysterious substance that gives them incredible supernatural abilities. Based off a $12 million production budget, Chronicle made back $126.6 million worldwide. The fact that there haven’t been fifteen sequels by now is the shocking part. There’s been whispers of a Chronicle sequel including an actual script from the first film’s writer, Max Landis; however, Landis has been on the outs of Hollywood since being exposed as a predator. Since then, Jack Stanley was hired to step in and write the Chronicle sequel, though there’s been no word on how it’s developing so far. While a director has yet to be confirmed for the upcoming sequel, Davis revealed that Chronicle 2 will be a female centric movie that will follow-up on the events of the first film ten years later: “We’re working on Chronicle 2 right now, and I think it’s going to be great, “Davis revealed. “It’s going to give us a chance to tell the story in a different way. We’re going to tell it from the female point of view. It will have been ten years since the event happened in Seattle, and a lot of it’s going to deal with fake news and real news and cover-ups.”

Davis continues on in the Forbes interview talking about Chronicle 2, though he never reveals the actual plot of the film. This begs the question, is there really a need for a sequel? The last time we left off with Chronicle, both Steve Montgomery and Andrew Detmer died in the first film, with Matt Garretty remaining the sole survivor and promising to do good with his powers. In terms of story, there’s something to squeeze from the events of the first film. I do understand that there’s a slim possibly that Garretty will likely show-up in the sequel. Even then, it’ll just be a cameo if he does since Chronicle 2 will be a female centric feature. However, there’s an interesting angle at play of Garretty coming to terms with his powers; with the focus on Garretty’s emotional state being an intriguing avenue. The teenager was forced to kill his cousin Andrew, which left him an emotional wreck in the climax of the film. However, since the sequel is clearly not a focus on the original cast, then the Chronicle sequel feels nothing more than a cash grab. As I stated previously, it’s stunning that there haven’t been fifteen sequels of the popular film by now. What makes the Chronicle sequel a bit off putting is that Davis mentioned that he would tell the story from a female point of view? Exactly how is the female point of view of Chronicle going to change the story? Yes, the first film had three men as the leads; however, this wasn’t some ultra-macho movie that was captured through the eyes of a male crew. Steve, Andrew, and Matt felt like genuine human beings in the original film. There powers had nothing to do with their gender, nor was their world view skewed because of the penis dangling between their legs.

Chronicle 2 sounds dangerously close to being another feminist film. Now, I’m not going to go on some rant of why this is a bad idea. The script is still in development; thus, anything can change from now to production. It’s great that Hollywood is featuring more female leads; however, the female characters have nothing to do with the original film or story. Chronicle 2 sounds in vain of 10 Cloverfield Lane; That “sequel” has nothing to do with the original film; however, producers tacked on that clearly forced ending because they wanted to make bank off the Cloverfield name. From a business perspective, I understand why executives want to cash off the Chronicle name. Despite it being over ten years old, there’s a sea of fans who are clamoring for a follow-up to the surprise hit. However, producers will damage the Chronicle name if it feels nothing more than a cash grab. Can this sequel be good? Definitely. In fact, 10 Cloverfield Lane is an excellent film. However, I hope that executives aren’t going into this sequel with a certain agenda in mind. It’s been proven over and over again that feminist films don’t do well at the box office, with Birds of Prey (and The Fantabulous Emancipation of One Harley Quinn) being the most notable movie to bomb in theaters. There’s an interesting lore that can be explored in the world of Chronicle. Hopefully, the sequel turns out to be another 10 Cloverfield Lane instead of The Cloverfield Paradox.