Home
Television
Young and The Restless
Young and the Restless Spoilers: Does Billy Remember Who Hit Him? 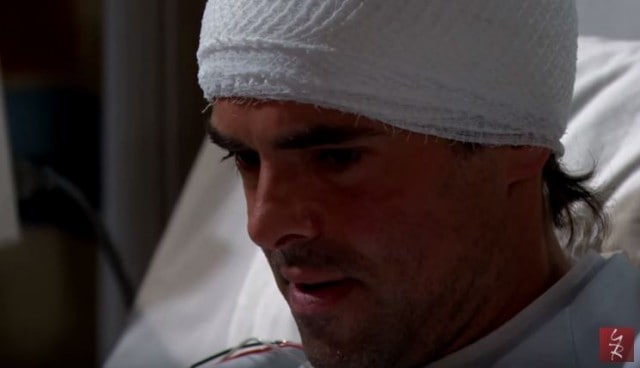 On Thursday’s episode of The Young and the Restless, everything is falling apart for the people in this community. It seems that Billy is continuing to progress since waking up, and he begins seeing flashes of his memory coming and going. We saw earlier in the week that he remembers being beat up pretty badly by his bookie, but that’s not the big deal. It is a big deal, since it’s a lead, but it is the car that ran him down that everyone hopes Billy will remember. Will he remember? Will he understand that what he’s remembering is what happened or will he think, as he has a flashback of the car and the license plate that belong to Noah, that he is just seeing things he already knows in real life and confusing them with the accident? His memory might have some residual effects of his accident, so while he sees Noah’s car and plates in his memory, he might not believe that he can believe his memories.

Noah, however, is a mess. He has heard that Billy is remembering things. He knows that Billy know that the bookie is the person that beat him up, and that means it’s only a matter of time. He is the driver of a hit and run accident that put a man in a coma so bad that doctors felt he might not live. He almost killed a man, and now he is worried that Billy will remember. He is unraveling and there is no telling what Noah will do. Will his downward spiral continue, or will he confess? He will likely try to figure out a way to get out of this mess, but it looks like it won’t be anything good. Does this mean that Billy is in danger once again? Does Noah have it in him to finish the job of killing Billy or does he look for another way to get out of this mess?

On the previous episode, we saw Natalie admit to Victor that she is the woman that the kidnappers were asking for, and she asks him to protect her. Victor agreed to protect her. Remember, however, that this is the same man who had his son’s wife kidnapped so he could hand her over the men who have Adam so that he could get Adam back. When a man like that offers to protect you knowing that it’s either his daughter-in-law or this other woman that the kidnappers want, it’s only a matter of time before he turns his back on Natalie; and he will. She seems pretty confident that she is safe and in good hands, but the world knows that Victor is not a trustworthy man. He will turn on Natalie, the only question is when. He already called his men and had Marisa’s plans changed. Will he have her returned and pretend he had nothing to do with her disappearance or will he further cover his tracks with this one, too? Will he ever get Adam back? 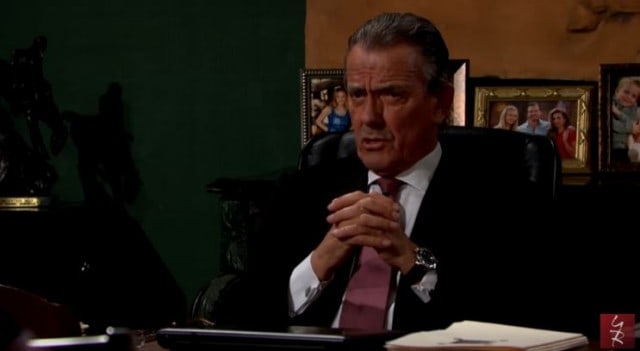 With Dylan questioning him about the fact that three people are missing, Victor is in the hot seat. Nothing can be proven yet, but he knows he has to act fast if he wants to get out of this mess and throw the investigation into an entirely new direction. Mariah and Kevin realize that Natalie is missing, but Kevin has already proven that he is not trustworthy. Who is he working for? What is his objective? What does he get out of this entire situation and how does it work for him to be involved in it in the first place? What is his end game? They find Natalie’s computer, and certain that something terrible happened because she would never leave it behind, they begin to see if they can find any information on it. Mariah believes that Kevin can do it, but we wonder if he will. He clearly has something going on and he is not looking to bring anyone else into this game he’s playing, so we don’t trust that he will do anything for the benefit or protection of Natalie. Tune in to see what happens and if any of these issues will be resolved on Thursday.