Home
Television
Do You Believe the Latest Game of Thrones Dragon Theory? 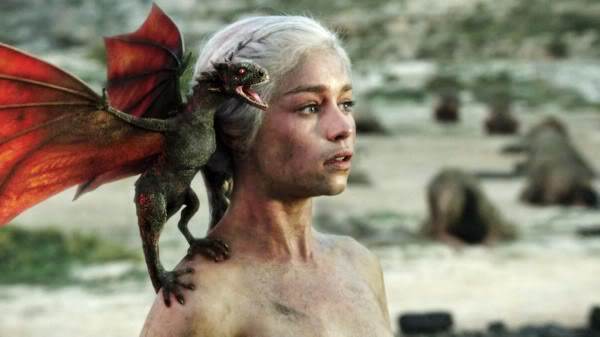 Any theory is going to be workable if you adjust it just a bit, as Alexandra August of ScreenRant makes pointedly clear in her article discussing the theory of where Drogon ended up taking Dany in the final episode of Game of Thrones. At this moment it’s easy to sigh and pinch the bridge of my nose between thumb and forefinger as the lot of us who accepted the ending of the show wait patiently for others to finally let it go and admit that while it might not have been the best ending, it was still an ending and the show is in fact over. For many the ending of the show did hit a sour note since they weren’t expecting Dany to be slain by the very man that had sworn to serve her, nor were they thinking that Drogon would do anything less than reduce Jon to a pile of ash when all was said and done. But the way things turned out was kind of poetic in a way, even if it wasn’t entirely satisfying. Dany had after all fallen to the madness that had gripped her father and succumbed to a rage that knew no bounds since she torched an entire city simply to send the message to Cersei that she’d messed with the wrong woman.

The post-series theories that have been cropping up since GoT ended are nothing new since other shows and movies have done the same thing. Harry Potter is a perfect example since if you look it up on Google you’ll find that a lot of the more memorable characters and some you might not have given a lot of thought were given suitable futures that will likely never find their way to a novel. In GoT however George R.R. Martin has yet to finish his story, so it’s anyone’s guess just how well the books are going to line up with the show. In fact it might be that fans will come to appreciate Martin’s ending more than the show, we’ll have to wait and see.

But the theory of Drogon taking Dany to Volantis where the Red Priestess’s hold sway is one that a lot of people are wanting to believe since it’s widely known among the fan base that this sect has figured out how to bring people back to life. After all Melisandre brought Jon Snow back, though it did take a lot of effort and was seen as entirely unnatural despite the fact that he was still accepted back into his original position. But this theory depends on a lot of factors being tweaked just the right way, and therefore when left alone it’s kind of unstable and could fall apart with just the barest brush with GoT logic. You might scoff and think that logic and GoT don’t always go hand in hand, and you’d be right, but in terms of the story and what’s really acceptable within the bounds of reality it has to be said that believing Drogon is intelligent enough to bring Dany to the Red Priestess’s is kind of a stretch. Thinking that he has rudimentary intelligence isn’t too hard, he knows his mother, he knows well enough who’s considered a threat and who isn’t, and he seems to have a level of intelligence that is beyond that of a mere beast. But despite word that he was seen near Volantis it still bears thinking that this could be random or it could be a place the dragon recalls from a memory. While the theory has been thought out just enough to the point that it might be valid, it’s also fair to think that if Dany were to be resurrected her violent tendencies wouldn’t leave her and would only increase tenfold if not more since the memory of being stabbed would no doubt infuse her with rage.

Leah Marilla Thomas of Bustle came up with a few interesting theories of what might happen to Drogon upon Dany’s death, but it would appear that the show didn’t really take this into account. He wasn’t banished since he took off on his own, he wasn’t killed obviously unless someone far to the west decided he was too dangerous and had him put down, albeit in a very long and messy fight no doubt, and it’s not likely he’s going to return to Jon Snow. If he did then it would make the Lord Commander one of the most powerful people in all of Westeros. But while all of these theories, including Dany’s resurrection, are very interesting to think about and deserve a good amount of attention, the likelihood that we’ll ever see them outside of a book is next to nil at the moment since GoT is over and there don’t seem to be any plans to continue the series in a spinoff of any sort, at least not in the manner that many fans would like to see.