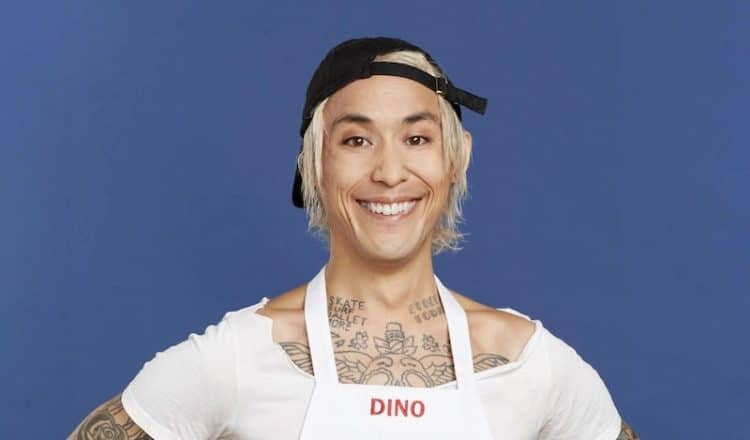 Are you familiar with the name Dino Angelo Luciano? If you watch MasterChef, you probably know exactly who this person is. Maybe you’re not the type of person that likes to watch a lot of television or perhaps you don’t really like the reality shows. If that’s the case, you might not have heard of his name in the past but there is every reason to believe that you will certainly hear about it in the future. He’s definitely one of the most prolific up-and-coming chefs in the country but there’s much more to him than just his ability to cook. Below you can find out 10 more things about this dynamic individual who is clearly accustomed to thinking outside the box.

When season eight of the show aired, nobody really expected him to win and they made that fairly clear. He was even described as a dark horse. Clearly, he didn’t let any of those comments bother him. Instead, he got to work and did what he does best.

2. He lives his life by a certain creed

He’s always considered himself a fairly positive individual and he doesn’t believe in allowing one’s self worth to be determined by the opinions of others. Instead he realizes that he is responsible for his success or failure, and he wants everyone else to realize that they have the same opportunity.

3. He performs best when the chips are down

As evidenced on the show, he really gets down to the nuts and bolts of things when it seems like everything is going south. He doesn’t let the pressure get to him and in fact, many say that he performs his best when nothing seems to be going right. That is truly when he shines.

4. He’s lived on both coasts

He was born in California but eventually made the decision to move to New York. After a few years there on the east coast, he returned back to his roots, moving back to California in order to settle down. This is where he still lives today.

Not only does he love and appreciate art, he is also an artist. He’s quite talented when it comes to designing different types of art and he loves having the opportunity to showcase his talent whenever the chance presents itself.

As a matter of fact, he’s quite talented as a musician. He can play the piano, the guitar and the saxophone, just to name a few instruments. It’s not uncommon to see him playing as if he’s been training in music his entire life.

He actually started dancing so he wouldn’t gain weight from taste testing all the food he cooks. He wanted something that would challenge him and keep his body fit, so he started training in ballet. Soon, he found that he had a love for this form of dance and he has continued to train from that point forward. Today, he routinely participates in dance training and it’s not even outside the realm of possibility to see him in some type of performance. Being an artist and a musician, he definitely appreciates all of the finer points of ballet, especially since they combine both music and art in order to create something unique.

8. For him, cooking is a family thing

He learned to cook when he was young. He frequently talks about being in the kitchen with his grandmother and how she taught him how to make family dishes. His grandmother was of Italian descent, so cooking family dishes was always an important thing in his house. This is where he learned not only how to cook, but how to appreciate good food. As such, he still makes a lot of homemade dishes that most people have no idea how to prepare and he learned a long time ago that preparing it with a good dose of love can make all the difference in the world in how the dish turns out.

This probably won’t surprise you, given everything else he’s capable of doing. He also likes to write and he has written a few stories, even turning out a couple of screenplays while he was spending time in New York. There doesn’t really seem to be anything that he can’t do.

10. He leads an active lifestyle

When he’s not doing one of the aforementioned activities he likes to kick back and have some fun but he stays active. Typically, you can find him spending his free time surfing or riding a skateboard.