Angie finishes the bomb and is ready for Patrick to leave her the hell alone, but this punk has more plans for her. See, he needs Angie to be there in case the bomb doesn’t go off where he needs it to go off. So Patrick wants Angie to come with him and for Danny to stay behind. Angie doesn’t want to budge, but Patrick says if she doesn’t then he will kill Danny and herself.

Gaby makes her way to the hospital to get Nic, who just got out of the coma and shouldn’t be moved, but when he hears word that Patrick is in town, he’s ready for action. Meanwhile back at the Bolens’, Patrick gives Angie the time to say goodbye to Danny while he packs the bomb and their bags in the car, but while Danny and Angie talk, Patrick places the bomb IN A CLOSET!!!! He then collects Angie and they prepare to leave.

Gaby gets Nic to the house, but after a few minutes in the car, he passes out from the effects of the coma. Freaking out, Gaby calls the hospital, but doesn’t get any help from them, because she can’t tell if Nic is just sleeping or has slipped into another coma. Susan so happens to drop by and Gaby talks Susan into distracting Angie and Patrick, while she tries to slip into the house and untie Danny. After getting rid of Susan, Patrick gets Angie in the car and they drive to the roundabout on the street where Patrick parks. This is where he reveals his plan to Angie. He gives her 30 seconds to get to the house to save Danny and Angie is off running. Meanwhile, Gaby and Danny struggle with his ropes while the bomb ticks down to zero. It’s intense seeing Angie running and Gaby trying to free Danny… But Angie all of a sudden stops, turns to the car where Patrick (who has a funky ass smirk on his face) and waves bye-bye as she says, “The bomb is in the detonator.”

BOO-YAH!!!!! Patrick’s car explodes with him in it.

After Gaby sees Angie and Nic off at the bus station, the two parents give Danny a ticket to New York, while they plan to go to Atlanta. Danny doesn’t want to leave his folks now after all that’s happened, but Angie and Nic think that Danny should live his own life now and stop running with them. The family shares one final hug before they board their prospective buses… Goodbye, Bolens’! We hardly knew ye!!!!!

How To Save A Life…

Lynette goes into labor after Eddie denies her to leave the house out of fear of being caught. The kid freaks out and tries to calm Lynette down, but she cries about how she really needs a doctor like yesterday. Meanwhile, the Scavos realize that Lynette isn’t home, but Tom, too hammered to realize that Lynette never came home the night before, thinks that she is pissed at him for getting wasted and left the house out of anger. He finds Lynette’s car parked in front of Eddie’s house and tries to talk to her, but Eddie cups his hand over Lynette’s mouth so she can’t scream. Tom leaves, thinking Lynette doesn’t want to talk to him, and I give him my Dumbass of the Week Award. After Tom leaves, Lynette tells Eddie that the baby is coming NOW! Uh-OH!!!!

Eddie does his best to help deliver Lynette’s baby, but hits a roadblock when the head begins to crown and he sees that the umbilical cord is wrapped around the neck of the baby! It takes Lynette to help walk him through what to do, because she can’t hold from pushing. After Eddie successfully gets the umbilical cord removed from the baby’s neck, Lynette gives one final push and her new daughter has been brought into the world.

Eddie prepares to leave, but Lynette talks to him and says that she will be the mother he never had. So, for starters, she needs him to not run and to own up to his actions, which will make her extremely proud of him. Scared, Eddie leaves, but returns some moments later asking Lynette to call the cops for him. She graciously does and lets Eddie hold the baby while she does so. Not how I would’ve ended this story line, but oh well. And I sure as hell wouldn’t let Eddie hold my freshly born kid no matter how much dope they would’ve put into my system.

Bree discloses the craziness she just witnessed with Sam Allen’s to Orson and Andrew. She also reveals what Sam has on them and I am more shocked that Orson didn’t have a clue about anything involving Andrew’s hit and run incident. My stupefaction subsides when I realize that revealing that you had a maniac as a son probably would send a potential mate running. Andrew offers to turn himself in, but Bree says that’s out of the question. Orson tries to interject, but Bree shuts him out COLD.

Bree finally signs her company and business over to Sam, but not before she tells him a thing or two after he claims he didn’t want it to come to this. When Bree gets home, Orson is waiting for her and is dismayed that she gave the company up for something Andrew did. He then gives her a lesson in hypocrisy by mentioning when he had to serve time for hitting Mike, but Andrew gets off scott free because he was a kid. It’s not that simple, Bree explains, but Orson makes his point crystal clear for her by announcing that he’s leaving. His reason? Bree is not the woman he thought she was and let him down horribly. Bree is devastated.

The next day, Andrew stops by and Bree reveals to him what happened. She then asks him if she can reveal what he did to the Solises, which Andrew accepts. Bree then goes to tell Gaby what happened, but we won’t know a reaction till this fall. DRATS!!!!

A House IS A Home to Susan…

While giving a garage sale, Susan sales an old toy of M.J.’s to Roy for his grandson. The grouchy neighbor that sent Angie over the edge for not recycling is also at the yard sale and tries to get over on buying a $300 dollar dining set for only $50 bucks and berates Susan for not just taking the money she’s offering since Susan is in need. Susan (rightfully) snaps on the woman, which catches Mike’s attention.

Later, M.J. notices that his toy is missing, meaning that Susan and Mike accidently sold it. They agree to visit Roy to retrieve it, because Susan feels that M.J. deserves some sort of happiness out of this debacle, which Mike reluctantly agrees. When they get to Roy’s house, he tells them that he has already given the toy to his grandson. Roy relents after a Susan sob story and tries to return it, but his grandson (who is deaf) won’t give it back. Uh Oh…

When Susan and Mike return home, M.J. is sad about his loss, but Susan tells him that life isn’t fair, which goes over M.J’s head and connects with Mike’s. Once M.J. leaves, Mike makes Susan vent her true feelings, which happens to be that Mike screwed up big time and now all of them has to pay for it. Susan also laments on the growing chart she made that showcased the kids’ growth, which she has to leave behind. Mike promises that he will get the house back and takes the “growing chart” as a piece for Susan to remember him by. I would like to see Mike’s plan to get the house back, though.

After saying goodbye to the other Housewives, Susan and Mike get in their car and leave Wisteria Lane. They don’t pay attention to the expensive black car that drives by them and parks in their garage. A man gets out of the car (who we don’t see) and heads in the house. Lee, who is selling the house, talks animatedly to the man, who is purchasing the house and is revealed to be PAUL YOUNG!!!!!! HOLY SH*T!!!!!!!! WHAT THE HELL IS HE DOING THERE?!?!?!??!

A former nurse named Teresa, calls a priest into her hospital room where she lays dying. She tells the priest of something that happened long ago that was so horrible that she quit her job as a nurse. He asks her to tell the board what happened, which the priest does. The hospital board members are discussing the potential meltdown that said incident could cause the hospital when one of the members realize that a possible family involved is someone on Wisteria Lane. The incident in question? One of the Wisteria Lane kids was switched at birth!!!!! So either Lynette, Susan, or Gaby has a child that is not theirs…

– What in God’s name is Paul Young doing back in Fairview? What damage will he cause next season? Was he instrumental in fast-tracking the IRS to come after Mike? I know that’s unlikely, but this is Desperate Housewives here.

– The Bolen Family. I am glad that they got a decent closure, but slick kinda wish they could’ve stayed just because Angie kicks ass. It would’ve been a great dynamic for her to stay given that her secret is more desperate than most of the women on block nowadays. I will miss them, but I don’t think a lot of other people will…

– The Fairview Strangler storyline had kind of a lame ending, but I found it kind of poetic that Eddie saved the (female) baby’s life from strangulation, which is a contrast to his past actions. I wonder if he have really seen the end if this character.

– Susan had every right to get in Mike’s ass tonight, but if you ask me, she didn’t do it to the extremes needed. Mike screwed up. BADLY. Susan lost the house that she had BEFORE she met Mike, which would’ve pissed me off to no end, but I am not Susan, so… To give Mike credit, it was Susan who offered the house up for sale, but what else could she do? I know they will be back on the Lane, but when? And most importantly, how?

– If you thought Orson was disappointed with Bree, then you didn’t see me yelling at the screen tonight. While Orson was right in everything he said (can you imagine?), you can’t help but to think two things 1) Bree would probably have to serve time by covering up the hit and run herself and 2) won’t Andrew have to serve some SERIOUS time for his actions and lying about it? Oh and BOOOOOOYYYYYYYY Carlos might have a aneurysm when he finds out about this…

Well, folks, it has been a great experience recapping with you this year. Hopefully we will meet again in the fall! Arivaderchi!!!! 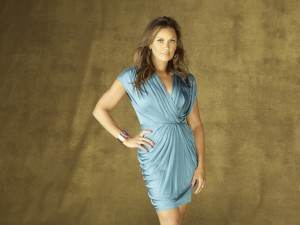 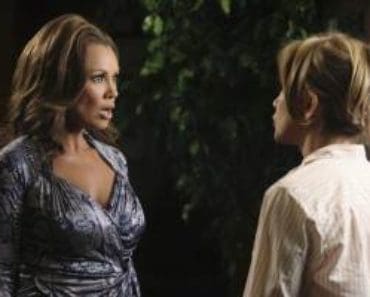 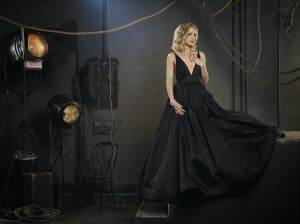