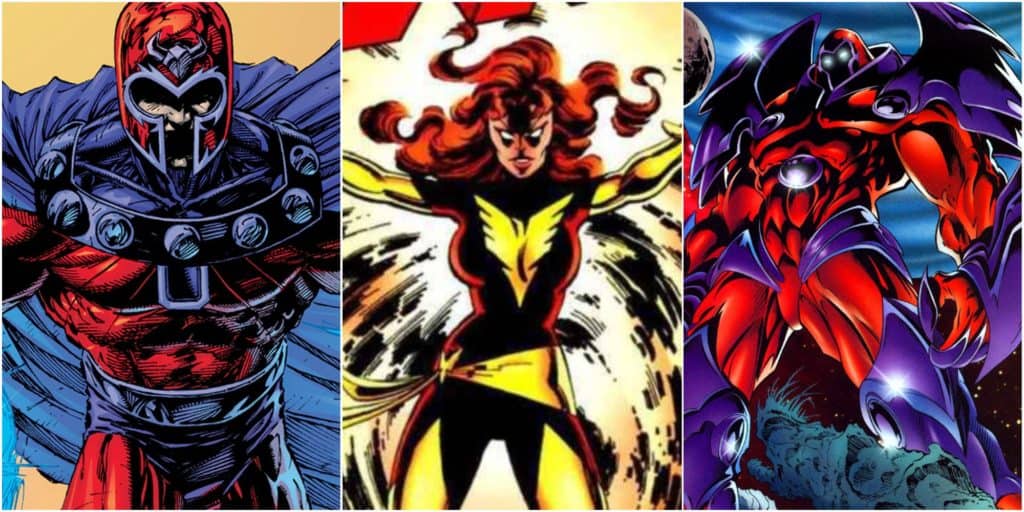 Talk about the X-Men isn’t going to fade for a while since even the mere mention of them coming to the MCU is opening up possibilities in the minds of many fans that want to see this happen and won’t be happy until it does happen. But who to bring in as their main enemies will be kind of tough given that they’ve already faced a few of them over the course of several movies. While the representations weren’t always great it’s the fact that a couple of their greatest enemies have been featured a couple of different times. That means that unless the MCU can come up with a different way of doing things then it might be tough to predict what’s coming. The thing about the X-Men is that like a few other groups they have A LOT of enemies that might pose a serious threat and a few great enemies that might jam them up a bit simply because they’re strong enough, crazy enough, or so overpowered that they’ll work like a charm as a boss villain.  With that in mind, here are ten of the X-Men’s deadliest villains.

Sabertooth is thought of as more of a Wolverine villain but that’s not how he came in since he was introduced in Iron Fist and kind of went from there. But throughout the years he’s been a serious threat to the X-Men since he’s joined up with other groups and he’s been a general nuisance since he doesn’t really have a moral code and will do anything that comes to mind, especially if there’s something in it for him. His battles with Wolverine have been a part of X-Men lore as well since any time he happens to partner up with a group that’s set to take on the X-Men he’ll tear his way through anyone he needs to in order to get to Logan.

This is the type of villain that’s usually in the background doing twisted stuff and keeping well away from the front lines. This isn’t to say that he can’t fight though, since Sinister has a lot more power to his person than a lot of people appear to remember given the genetic enhancements he’s received over the years. The fact is that Sinister is a manipulator and someone that stays in the shadows to test the waters so to speak, and will usually only fight when he has to. Plus, this character has been retconned along with a few others over the years, but much of it can possibly be explained by the genetic tweaking that he’s been forced to undergo.

The Sentinels have remained dangerous for the long haul simply because they’ve been seen to evolve with every version of the X-Men that has come along. In Days of Future Past, they are seen in one of their most terrifying phases since they could mimic and defend against multiple energy-based and physical attacks, and in truth, the only things that slowed them down were explosions that ripped them to pieces and Blink’s power, which could cut them apart if she closed one of her portals before a Sentinel had a chance to pass through. But even that tended to fail after a while since Sentinels are created to be killing machines that can anticipate their prey.

Imagine if the xenomorphs from Alien could replenish their ranks by simply implanting a virus into their victims that would turn them into their own kind. Then imagine that the creatures were even smarter than they already are, and you would have the Brood. This race of demonic-looking creatures was sent to earth by the Kree to see if they would be useful against their enemies, and they were proven to be correct since the alien species was able to infiltrate humanity quite easily and overtake anyone that came against them. Only a couple of X-Men were able to withstand the virus, and that was Wolverine and Shadowcat.

Despite being a strange entry the danger of this particular villain is that he can possess just about anyone that’s not a powerful telepath or is susceptible to mental attacks. He was defeated initially by Charles Xavier and became extremely resentful for it as one can imagine. He’s not the worst of the X-Men’s enemies but he’s definitely not someone to take lightly since unlike many of their physical enemies the Shadow King can flit from body to body and is only able to be damaged on the astral plane since that’s where he tends to exist in his strongest form. But in terms of being dangerous, he’s definitely worth putting on the list.

You might wonder why this dangerous mutant isn’t higher on the list, but that’s pretty easy to answer since, despite his insurmountable power and the list of abilities that he possesses, Apocalypse is still kind of a bully more than a dominant force in the lives of the X-Men. He has whipped both the X-Men and X-Force in a ruthless fashion in the past, but they’ve also been able to find a way to take him down since hubris is one of his biggest weaknesses. Apocalypse has been so confident that he’s the strongest and smartest guy around that he fails to see that he’s still lacking in the power department when it comes to facing certain characters.

Given that this entity was the combination of Magneto and Charles Xavier, meaning he was capable of everything they were able to do and could absorb other mutants and gain their powers, this was a nightmare walking. Onslaught eclipsed Apocalypse in terms of raw power and was an absolute terror to deal with since it required the sacrifice of many individuals to make it happen. Imagine a character that can take a direct hit, at full power, from a Hulk that’s not hindered in any way by Bruce Banner’s influence. That’s the kind of character that would be worthy of being a final boss in the MCU.

The power that Magneto can wield has been seriously dialed down in the movies for one reason or another, but the fact is that this is a mutant that could reverse the magnetic poles of a world if he tried hard enough, and if you need a scientist to explain the damage this would do then by all means go and look. But the fact that he holds back means that everything he talks about when it comes to mutants being superior isn’t quite as serious as he’d like it to be since otherwise, the world would already be a seriously messed-up place in the Marvel universe, even worse than it already is.

Proteus is kind of a scary enemy since his powers aren’t all that limited unless metal is somehow used against him and can be done so before he can warp it along with everything else that his powers can alter and deconstruct with but a thought. The weaknesses he has are kind of easy to get around since he’s a being of pure energy that can use one body after another in order to house the incredible amount of power that he holds. In terms of being a match for the X-Men, this has been proven more than once, and he’s even taken Wolverine as a host, which excited him since he could use Logan far more than any other person considering that Logan’s healing factor was able to keep up with the rate that Proteus’s power burned out living flesh when he used his abilities.

As a villain, this character is a major trump card that’s only hindered by the fact that Jean Grey, its favored host, has a conscience. If she were to simply cut loose and let the Phoenix Force have its way then chaos would run rampant in the universe since this villain can take out pretty much everyone on this list, some simultaneously since the earthbound villains don’t pose a single threat to her. While Proteus is dangerous and Onslaught is brutal, they’re nothing to someone that can alter reality with a single thought and devour pretty much anything and anyone. This cosmic entity can consume planets and, if necessary, end certain cosmic beings if it ever came to that.

Some of these villains are a little tired, but when used wisely they’d still be impressive.