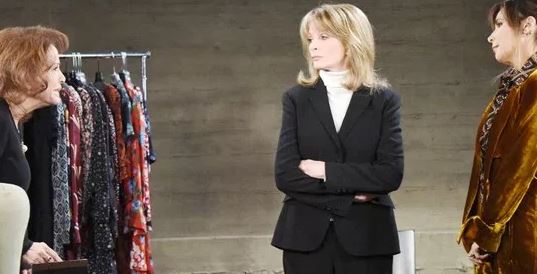 Days of Our Lives fans cannot believe that things are going the way they are with the women in captivity. They cannot get along, and no one can figure out where they are. It’s not looking good for them, either. They have to find a way to get out of this mess, but we believe they have to rely either on their captor who is currently in the hospital with multiple serious injuries that could kill him, or the woman with a double personality that won’t let her get out and make them feel safe again.

And that’s not much hope, if you ask us. They’re getting drunk, miserable, and they’re not getting along well with one another at all. This means they won’t get their lives together anytime in the near future, but they will hopefully have a bit more room to work through things as they sober up. Or maybe they’ll be better off in the long run if they stay drunk.

At this point, however, they have no one to get them out. Can’t Vivian get them out if she really wants? Doesn’t she know something that might allow them to escape? And what about Chad? We heard before that he will find out the true extent of what’s going on with his wife and Stefan from the ladies in the tunnel, but he’s been arrested. So what does that mean for all of them? We are not entirely certain, to be quite honest here.