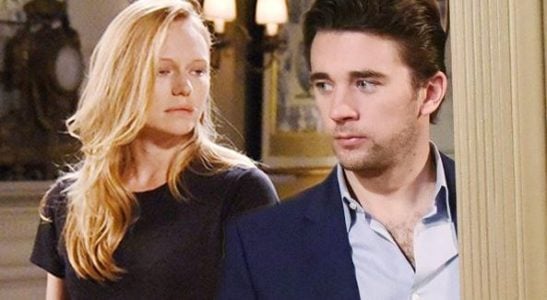 Days of Our Lives fans know that things can change in a moment, because it happens all the time. We have to wonder now that Abby has left Chad, if there will be some sort of distance created between Gabi and Chad. She’s not happy with him as a second choice, she thinks he needs to get back together with Abby and make things right with his wife, and we think this might all leave some distance between them. They’ve been such good friends for so long, it’s amazing that this might end and their relationship with one another might not work out, but we don’t forsee a Chad and Gabi friendship. In fact, we see Chad being kind of ostracized as the days go on.

Here’s what we think could very well happen. We aren’t saying it will happen, but we do believe there is a good chance that Chad might end up with no one. He’s already lost Abby. She’s not mad at him at all. She faked her own death and he thought she was dead. He moved on, and then he worked to make their marriage work when she showed up so unexpectedly. But Gabi will keep her distance, and now that Gabi’s brother Dario is in love with Abby, he’s not looking to make friends with Chad.

And Chad has changed. He’s been devious and worked hard to take down Deimos. We understand why he’s in this place right now, but we don’t understand why these two can’t seem to get things together. Chad is still working hard to take down Deimos, and he’s doing things many people are very uncomfortable with. This means they have to think long and hard about what they are doing and consider themselves a little bit on the dangerous side of things. Chad’s not making good decisions, and that means he might ostracize his friends even more. Can he survive with no one on his side, or will that push him even further over some sort of invisible edge? We aren’t sure, but we do wonder.