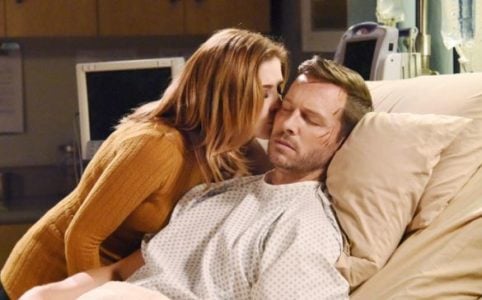 Days of Our Lives fans are upset that Brady might die. He’s been through so much. He was one of the many victims in the car accident caused by Eric when he was drunk on New Year’s Eve a few years ago. He was dying when help arrived. Daniel was already dead, but his heart was still good. Kayla was able to get the heart from Daniel’s body and give it to Brady, though she did not have legal permission to do this. She did it anyway, her own career was put into jeopardy, and her own life went to hell and back after that. She’s a good person, but she can’t always do the right thing and still have her morals about her.

Now Brady has to deal with the fact that being with Nicole got him shot, and it left him for dead. He’s not in a good place, his new heart is failing. His body is rejecting it now that he’s been shot. He’s in need of a new heart right away. He’s on the list for a transplant, but this isn’t something that can just be found for him. The conditions must be correct in every way. He’s not looking so good right now, and things are not looking up for him at all. So with that in mind, there is a chance he might die. Would that be something the writers would consider? Yes and no. If he dies, what happens? We already know that Nicole is leaving the show — but we don’t know how.

Now that these things are happening to these people, we have to wonder if Brady might become a bit of a different person if he receives a new heart. He already had some of Daniel’s craziest memories when he was given the heart that Daniel had, and there’s a good chance he might also find out this is true with a second new heart. It might not work, but if it does; it might be very interesting.