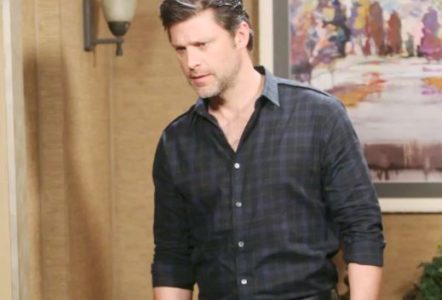 Days of Our Lives fans are a little tired of Brady’s dramatics right now. Nicole did not cheat on him — yet — and he will not let it go. He refuses to hear what anyone who loves him has to say, and he’s getting a little whiny and ridiculous for our taste. He needs to get over it and trust the woman he loves and focus on helping her during this difficult time in her life rather than trying to take her down for something she did not do. It’s getting ridiculous.

He’s not hearing what anyone has to say, and he’s making some serious mistakes in doing that. The problem with Brady is that he will eventually realize the truth, but it will be too late when he does. It will be entirely too late because it will happen, and he will likely be the reason. Sure, Nicole and Eric are adults who can make their own choices, but Brady’s horrible accusations and treatment of them will make it worse.

So does this leave the door open for Eric and Nicole to rekindle the love they once had for one another? We don’t know about all that, but we do know that there is a lot these two have to work out if they ever want to find any happiness in their lives whether it’s together or not. They have Brady’s heart to consider, and we aren’t sure that’s going to make things easy on them ever again.