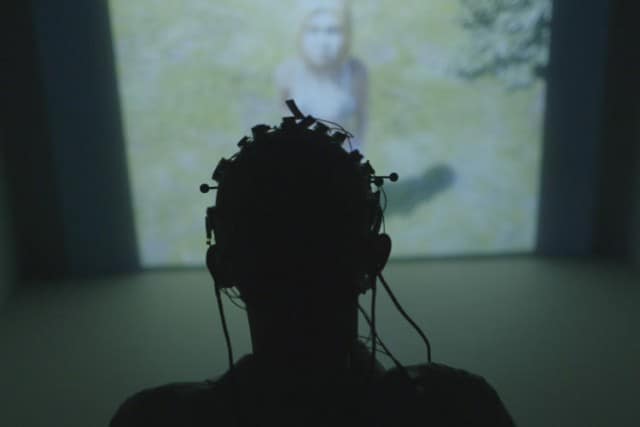 As great as I expected Showtime’s new docu-series Dark Net to be (and it’s still managed to exceed my expectations), I knew that, eventually, the series was going to have to tackle one of the more troubling aspects of the real-life dark web, pedophilia, and this finally happened in this week’s new episode, titled “Exploit.”

As with the previous episodes of Dark Net, “Exploit” focuses on a couple of different aspects or stories. The first, as I mentioned, is the incredibly disturbing and overwhelmingly sad access to child pornography on the dark web (or deep web). I’m not going to go into any sort of specifics, but, essentially, the dark web is the side of the internet that is anonymous and untraceable, and it’s the home to the most depraved parts of our society (such as the aforementioned pornography, counterfeit money, drugs, illegal weapons, and much, much more). Through the dark web, pedophiles are given access to that which they want, often through the exploitation of children from third-world and underdeveloped countries. The other side of the spectrum explored in “Exploit” is that of those trying to stop these pedophiles by tracking them down (such as the NSA) and those trying to understand them (particularly a psychologist that studies convicted pedophiles). The most interesting aspect of this attempt is through the “Sweetie” computer model that was used in a sting operation (you can read more about that here, and I highly encourage you to do so).

There isn’t really that much to say about the actual content of “Exploit,” because it’s simply a presentation of that which we know is terrible and inexcusable. I can say, though, that the production and actual presentation was very well done, and it was clear that, despite the fact that the filmmakers have taken great care in this series (so far) to avoid judgement on the subjects, there’s no attempt whatsoever to justify the content. I’m not a fan of bias in a documentary, but I’m glad that there wasn’t an effort at trying to explore the “other side.” The episode did do a good job at showing how issues such as this can damage the views of a culture about another society, and it’s difficult to think about how such a small percentage of society can affect views as a whole.

The thing that “Exploit” didn’t do very well, though, is explore the dark web in-depth. The presentation in the episode is extremely superficial and barely even scratches the surface, and I don’t know how easy the concept would be to understand for someone that isn’t already familiar with the idea. I hope that a future episode of Dark Net goes further into what the whole thing is about, but it may have been a better idea to have an episode of that nature aired before “Exploit.”

“Exploit,” despite the highly uncomfortable content, was a very well-made episode that presented concepts that the public should definitely be more aware of. It’s a shame that the dark web wasn’t well-explained before this one, but the episode was still able to accomplish what was necessary.

The newest episode of Dark Net presents incredibly disturbing content through its typically wonderful production quality, but it may have benefited from more background information.