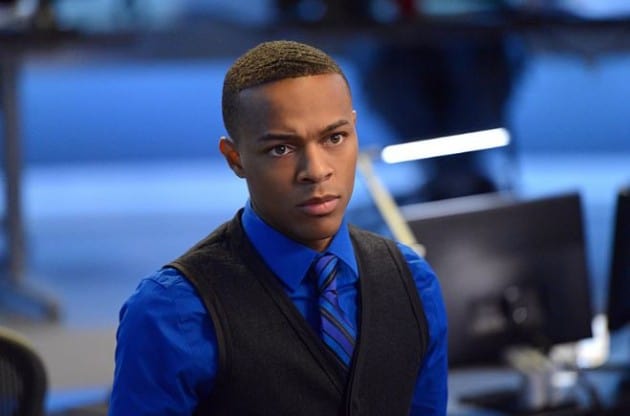 On this week’s episode of CSI: Cyber, the team goes after a fake pharmacy website that sells fake prescription medication for heart disease, at a low price, to those who can’t get it from either their doctors, or whose insurance doesn’t cover that type of medication. The downside to these cheap pills is that they don’t do what they’re supposed to do: make the patient better.

The episode began when a man was standing in line at a coffee shop. He placed his order and when he took his coffee and headed out of the coffee shop, he started to feel faint and was hallucinating. He then stumbled onto the busy street where an unsuspecting truck driver ran the man down, killing him instantly. A small white bottle of medication from JPBPharmacy.com laid beside the man’s body.

The victim was later revealed to be Carl Bruno, who was suffering from heart attacks. His wife, Jane Bruno, had ordered the pills from the JPBPharmacy.com when she saw an advertisement for heart medication on ScrollMD.com, a website where people go to get a second opinion of sorts, aside from their doctors, with regards to minor or major diseases like chicken pox or heart disease. Because the Bruno’s insurance plan didn’t cover this particular type of medication, Jane was desperate to save her husband from dying due to potential third and fatal heart attack.

There’s just one problem: the JCBPharmacy.com advertisement was not approved by ScrollMD.com, who didn’t even know that they had an ad from JCB Pharmacy. Turns out that JPB Pharmacy was a false advertising link known as “malvertisements,” links that cover up the real advertisements on a website and ride their metaphorical coattails, making themselves appear to be actual ads, when in reality, they’re all fake. The pills that were being distributed by JCB Pharmacy were part placebo and part oxycodone, which made it seem like they were having an effect on the patients who tok them, but the pills didn’t really do much of anything except cause the patients to think that they were being cured of their disease. That’s just wrong, so very wrong.

Jane then brought in the packaging the pills were sent in, along with all of the information that she had on JCBP Pharmacy to the FBI Cyber Division’s headquarters, and Agent Krumitz and Brody Nelson traced the zip code on the package to an address in San Antonio, Texas, where the SWAT team burst into a darkened house. However, instead of finding the mastermind behind the crime, they found an ailing man named Paul Cummings, who was being used as a middleman by the cyber criminal to send out the fake pills to people in exchange for free medicine for himself. Paul suffered from third stage lung cancer, and his doctor said that he didn’t qualify for the medication since it was only for those who are in the first and second stages of the disease.

Paul then told Agents Mundo and Ryan, when the latter questioned him at his house, that he met the person telling him to distribute the fake pills on an online cancer support chat group. Paul forged a bond with the man who wanted him to send out the fake pills, and it made him think that he was helping people get better. When Agent Mundo told Paul that a man in Cleveland (Carl Bruno), was killed because of the fake pills, he tried to take his life with a straight razor, but Agent Ryan was able to stop the bleeding. Paul was then carted off in an ambulance.

With Paul Cummings in the hospital, it looked like the team’s only lead on the case had reached a dead end, until Agent Ryan suggested that they look into the location where Paul had picked up the packages that the fake pills came in. Meanwhile, Assistant Deputy Director Sifter went to talk to the man in charge of Scroll MD, Marcus Billings, urging him to put a warning on their site’s home page, informing people about malvertisements, and to extend his condolences to Jane Bruno. Marcus agreed to speak to Mrs. Bruno, but he flat out refused to issue the public warning on the Scroll MD website, worrying that it would lead them to them facing potential lawsuits, which would result in a major PR nightmare.

Assistant Deputy Director Sifter then warns Marcus that, if he doesn’t get ahead of this malvertisement thing, it could very well come back to haunt him, but the man still refused to do the right thing. Sure enough, the next day, Jane Bruno pops up on television as she was being interviewed about her experience with the fake pharmacy website and warns people to watch themselves on Scroll MD. Marcus Billings, meet Karma.

Back to the case, Agents Ryan and Mundo are at the dead drop location of where Paul picked up the fake pills for distribution and the two searched the surveillance cameras for footage of the person who drops off the packages containing the fake pills for Paul. They managed to find the person responsible, but the license plate of the person’s car was intentionally obscured by a license plate border lined with LEDs that reflected the sunlight, making the cameras unable to capture the license plate number. The person’s face is blurred because he/she was too far away from the camera.

All was not lost, however, when Agent Mundo got the idea to use the traffic monitoring system and track the Bluetooth signals recorded by the system that would lead them to identifying the mystery person’s car and, therefore, his/her identity. The team successfully tracked the signal back to a man named Randall Fung, and Agents Ryan and Mundo, along with the SWAT team, descended upon his address. No one was in the house, but there was a barn nearby the house, and lo and behold: a chemical lab inside the barn. Fung and his co-conspirators were arrested, but Agent Ryan was convinced that Fung was not the one in charge, particularly on the cyber side of the scale, when she noticed that Fung looked at the pills and not the laptops sitting on the table; she believed that action meant that Fung was merely a trained chemist, not a cyber criminal.

Back in Washington D.C., Assistant Deputy Director Sifter was about to go to his car when Marcus Billings came storming toward him, saying that the entire Scroll MD website was down. He accused Sifter of that media onslaught with the victim’s wife. Sifter then told Marcus that he just wanted what Jane Bruno wanted, for Scroll MD to be held accountable for allowing a malvertisement onto their site, and if Marcus didn’t do something about this cyber attack soon, then the billions of people who visit Scroll MD every month would look elsewhere for medical advice.

At the end of the episode, it was revealed that Assistant Deputy Director Sifter did set up the whole entire thing because his wife Catherine also depends on prescription medication for her own illness. Sifter was worried that the same thing could easily happen to her as well, so he took matters into his own hands in the hopes of keeping that sort of thing from happening again. It worked: Marcus Billings later held a press conference, stating that Scroll MD would be taking precautions to make sure that history would not repeat itself.

The team then discovered that Randall Fung and Paul Cummings both frequented a poker gambling website, but they both spent an unusually brief amount of time on it, leading the team to wonder if the poker website was where they laundered the money they made distributing and selling the pills. Realizing that they might be able to bait the real person in charge, Agent Ryan convinced Assistant Deputy Director Sifter to put up $250,000 of the FBI’s money to buy a huge amount of pills from JCB Pharmacy, hoping that the cyber criminal would take the bait and immediately try and cash out the money via the poker website, as the person came to the realization that someone was onto him.

The bait was taken, but in the effort to catch the cyber criminal, strict firewalls were set in place on the poker site in order for the cyber criminal to launder his money, ones that even Agent Krumitz couldn’t infiltrate. The transaction happened so fast that Agent Krumitz wasn’t able to detect the criminal before he/she made off with the 250 grand. Losing hope, the team was about to admit defeat when Nelson suggested that they try and follow the transfer of the money from the poker website to the cyber criminal’s bank by putting a virus in the line of communication between the poker site and the bank. It worked.

The cyber criminal turned out to be a guy named Shawn Morris, who arrived at a bank in Kentucky. As he waited to withdraw his money from his account, he sensed that he was being watched, and sure enough, a number of undercover FBI agents were standing inside the bank, waiting to arrest him. Shawn then tried to make a run for it (don’t they all?), but he did not succeed as Agent Ryan knocked him off balance with her arm, sending his glasses flying. Agent Mundo then pinned Shawn onto the sidewalk as he arrested him.

All in all, it was another solid episode of CSI: Cyber. I enjoyed the little competition between Agent Krumitz and Brody Nelson when they were narrowing down the IP addresses to track down the cyber criminal. I laughed when Agent Krumitz told Nelson that the latter would be enjoying the three straight weekend shifts. Nelson was all “No way!” and Agent Krumitz was like “Yes way!” Those two are just hilarious to watch.

What are your thoughts on this week’s episode? Will it make you think twice before you click on an advertisement for cheap medication? 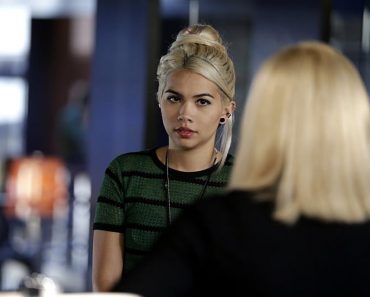 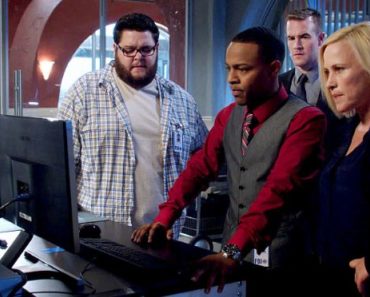 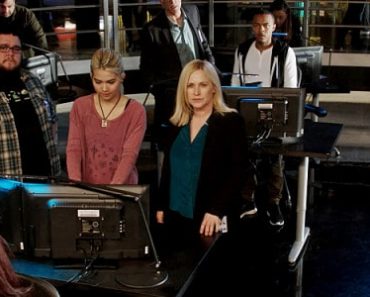 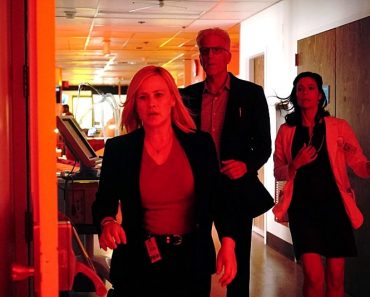