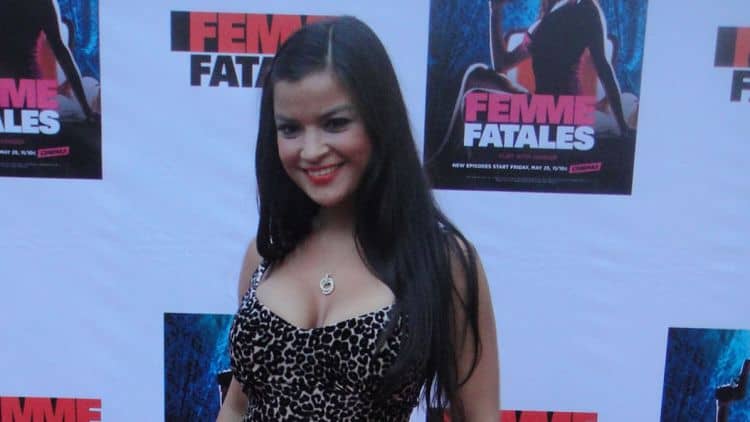 Crystle Lightning is currently making headlines around the world for her hit new show “Trickster,” which seems to be amassing fans by the millions. She’s playing the role of Maggie, mom to a very special young man who has some very cool superhero vibes, and fans are into it. She’s been in the business for a long time, which is why you recognize her face. However, we have a feeling you didn’t know nearly as much about her as you thought you did, and we are here to change that.

She was born in Canada, specifically in Edmonton. Edmonton is in Alberta, but she didn’t spend too much of her life living here. It’s why she has dual citizenship. Her family moved to the states when she was only 9, which means she’s officially spent more of her life living in Hollywood than anywhere else.

She’s a true 80s girl. She was born just as the decade was beginning, which means she actually grew up in it. She was born on February 15, 1981. She will celebrate her 40th birthday the day after Valentine’s Day in 2021, and we certainly hope it’s a very sweet day for her to celebrate with her friends and family.

3. She’s Got a Famous Mother

In case you thought her last name sounded a little more familiar than we led on, you’d be correct. Her last name is very familiar. Her mother is famed actress Georgina Lightning, which is where she must derive her own talent. She also has a brother who acts. His name is Cody Lightning. Mom’s line of work and sheer talent was clearly passed down to both of her kids.

4. She’s Been Working a Long Time

Crystle was only four when she began performing. She’s always been a performer, and she’s not shy about spending her time in the spotlight. When she was nine and her family moved from Canada to Los Angeles to live, she continued to work. She landed gigs left and right, and that’s why she’s where she is today.

You know that some people like to have a side hustle, and Crystle Lightning is no exception to that rule. She’s got her own side gig to work on. She’s also a DJ. She spends a significant amount of her own time focused on spinning, and it’s been good for her. She works as a DJ for an electro house, which is a very cool thing to do.

6. She Landed Her New Job in a Cool Way

When she decided to audition for the role of Maggie in “Trickster,” she certainly wasn’t expecting to hear back from her agent while she was in the hospital fresh off of having a brand-new baby. Her son was in the NICU, and she was going to meet with the director and co-creator the show, but she wasn’t exactly ready for a meeting while spending her time in the hospital fresh out of labor and delivery with a baby who had to stay in the NICU. It was both exciting and overwhelming, and she was definitely feeling heightened emotions.

7. Being a Mom Helped Her in the Role

She’s playing a mom in her new role, but becoming a mother has definitely helped her in that role. She’s learned things she didn’t know before, things that are important when you are a mom, and she’s crediting her baby for giving her that knowledge and that information. She definitely knows the mother bear instinct now.

8. She’s Working with Her Own Mom

If there’s one thing you can see with certainty in her photos, it’s that she is a happy woman. Her son and her family bring her an infinite feeling of joy that she is holding onto with so much passion. She’s clearly enjoying her new role as a mom, and she’s not letting that go.

She’s been with the love of her life for over a decade, and she appreciates each and every single day that they’ve had and each season they’ve been through. From the days that they were exceptionally broke to the time they welcomed their baby to the small and big moments in between, she is a very grateful and thankful woman.