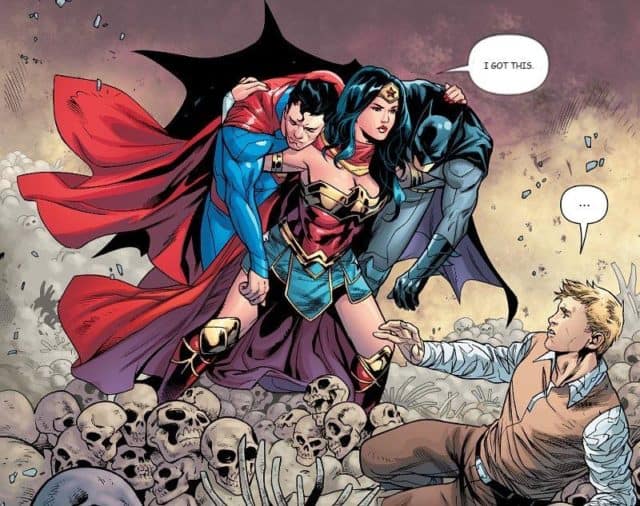 Should the correct term be “never send a man to do a woman’s job?”  In the case of the DCEU that just might be the perfect phrase we’ve been dealing with for the past few weeks.  Not only has Wonder Woman been getting hyped to no end in the past couple weeks, but so far all indications are that it’s going to be a smashing success.   Pre-screening reviews have been off the charts with just about everyone agreeing that this is the DCEU film people have been waiting for.  And with a female in Patty Jenkins behind the director’s chair, “girl power” seems to be DCEU’s savior at the moment.

We still have to wait until the general public sees Wonder Woman but the consensus in nearly every poll I’ve read says that fans want more women in their superhero movies.  I guess it helps when you are as gorgeous and comedic as Gadot but it appears as though DCEU is finally getting it right, which can only be scary news for Marvel.

Recently someone drew up this comic which I think pretty much says it all, don’t you?  Remember guys, stick to what works.  That’s why Marvel has been so successful.  There’s a reason Tony Stark is in just about every single Marvel movie on the planet.  He draws fans!  If fans are digging Wonder Woman, don’t make any more mistakes guys.  It’s not Superman they crave, it’s the Woman they want.