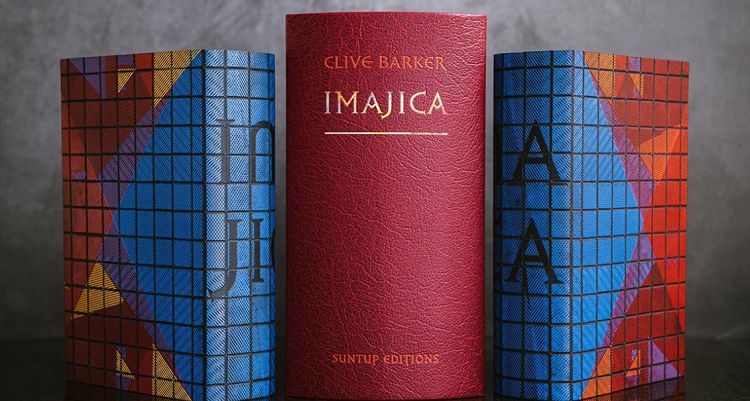 There are some authors and artists that consistently write compelling fiction, and then there are singular minds like Clive Barker. Hailing from Liverpool, England UK, Barker is most commonly categorized as a horror author, but his artistry spans far beyond the macabre to a more elevated state of consciousness. In modern literature, Stephen King may get all the glory, but Barker is miles ahead in terms of sheer audacity, originality, metaphysical exposition, and creativity. Barker’s unparalleled visions manage to even go beyond what we as humans conceive as existence in terms of conception to death; he is a metaphysical magician. Barker himself admits that his writing style is heavily rooted in the visual sense, which makes sense given his prolific work as a painter in addition to writing and filmmaking. Which is why his fans typically find themselves thinking about the wondrous possibilities of some of his creations on the large or small screen. During the 1980s and 90s, it was hard to imagine some of his works realistically making it to the screen, but with the wonders of CGI now, anything is possible. Here then are 5 Clive Barker stories that deserve a film or long-form television adaptation.

“In the Hills, the Cities” (From Books of Blood)

This story is one of the most memorable of Barker’s seminal Books of Blood collection of short horror stories. The story concerns a couple, Mick and Judd, who stumble across two sparsely populated villages, Popolac and Podujevo in the Yugoslavian countryside while on vacation. Both small towns are actually in the midst of a war with one another that occurs once every decade–the catch being that the citizens of each town bind together to form a giant human pyramid as tall as a city skyscraper to fight one another. It is mystifying to ponder how such an idea could ever come to a writer, but as outlandish and jarring as the concept is, Barker writes it all with compelling prose and an equally compelling narrative structure. Filming this story would most definitely require CGI, and perhaps one day one of Barker’s most beloved tales can make the screen.

“Scape Goats” (From Books of Blood)

Another often overlooked tale from Books of Blood is the truly horrific “Scape Goats.” This story is about a yacht filled with upper echelon passengers that becomes stranded on a deserted island in the middle of the Atlantic. The waters surrounding the desolate and barren island feature strong underwater currents that bring to the surface hundreds of dead bodies from centuries of shipwrecks. The bodies turn into zombies with telekinetic abilities that allow them to throw the island’s rocks and boulders at any shipwrecked passengers that disturb the massive tomb. This story is sparse and direct in its horror, which is what makes it so horrifying once the skeletons begin slaughtering the passengers with giant boulders. Seeing this play out on film, either as a short within an anthology or a fleshed out narrative film would be incredible to see.

The Great and Secret Show

The Great and Secret Show was the first novel in a planned and still unfinished series known as the Books of the Art. The novel can best be summarized as an existential narrative that seeks to bring significance to the uncertainty of existence, and how life may just very well be a border between higher dimensions. Two men, Richard Fletcher and Randolph Jaffe, are able to tap into an unseen dream world known as Quiddity; Jaffe wants to harness its power in the real world, and Fletcher wants to sustain it’s unique and mysterious place within the outer reaches of humanity’s concept of the metaphysical. One thing that makes The Great and Secret Show elusive to a large or small screen is that the novel is unfilmable in terms of holding a casual viewer’s patience either through box office sales or TV ratings. This is a work that is heavily rooted in intangible philosophy, and condensing such a complex novel into a narrative screenplay would be challenging. A planned TV series adaptation was announced in 2016, but like so many Barker adaptation announcements over the years, it seems to have stalled.

Another complex Barker novel is Imajica from 1991. Although a bit more coherent in terms of it’s plot than The Great and Secret Show, this novel is similar in how it explores Earth as one of 5 different dimensions that all intersect with one another. The novel is long in scope and complex in it’s imagery as characters travel through the other four dimensions to try and bring Earth back into the cohesive fold of the 5. Again, this is Barker story that heavily exists within the abstract consciousness, which means it would be similar to trying to add a story to a Jackson Pollock painting, but with the right script, preferably a longform miniseries, it could be achieved. This is one of only a few Barker stories that has never had an announcement for a filmed version, which is unfortunate seeing as how it is the personal favorite of the author.

Not to beat a recurring drum here, But Weaveworld is also a novel that would require some extreme CGI effects to make it realistic on the large or small screen. This novel was Barker’s first foray into dark fantasy, and the result was an absolutely spellbinding and mind warping experience. The plot involves a race of mystical beings who long ago decided to move their society inside of a carpet to escape the pillaging nature of humanity that fears what it does not understand. It takes a brilliant imagination to create a compelling story that takes place inside of the tapestry of a carpet, but this is what makes Clive Barker so special in the confines of a consumerist and trend driven literary market. Several screen adaptations have been announced over the years, but nothing has transitioned into a green light yet. Although somewhat complex, this story is made for the screen.