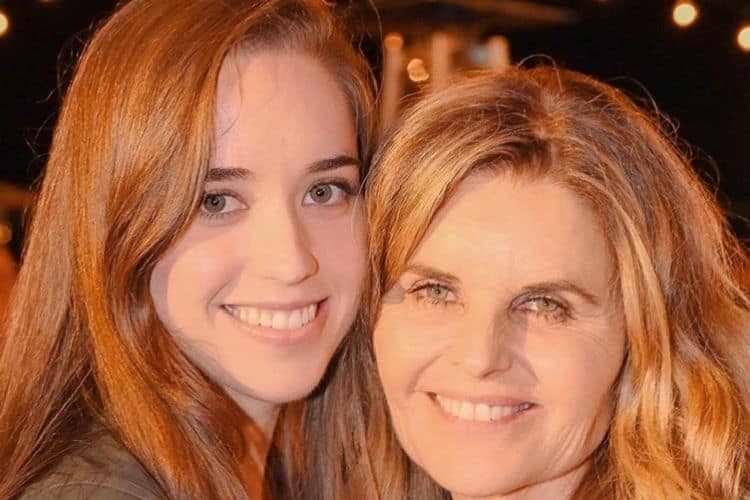 When your dad is one of the most famous action stars in the world and your mom is well known as well for being a very astute journalist it would almost seem that you might have to really find a way to stand out on your own or just forego being famous altogether. But Christina Schwarzenegger has thus far managed to create and keep her own career that’s been all hers and not really connected to that of her famous mother and father, Maria Shriver and Arnold Schwarzenegger. She’s had the chance to create her own fame and go her own way thus far and it’s been something that a lot of people might want to take a dig at since her level of fame hasn’t even come close to that of her parents, but it’s still been hers and no one else’s. There’s definitely a lot of pride there since it might be that her parents helped, but she was still the one making it happen.

Here are a few things you might not have known about Christina.

10. She’s had ADHD and narcolepsy for quite some time.

This sounds like one of the worst double whammies to ever come along since most people know that ADHD is bad enough since it can cause serious hyperactivity in a person and make it seem as though they simply can’t calm down. But narcolepsy is chronic daytime drowsiness that seems to sap the energy right out of a person and seems to contradict the ADHD in a big way. So it almost feels as though a person with these afflictions would be going back and forth between extremes.

9. At one time she was addicted to Adderall.

It’s possible to get addicted to a wide variety of drugs that are meant to better the situation of an individual but can be highly addictive. Adderall isn’t the first pill to instill this need in people but for a time it was one of the most well-known that was continuously abused by its users.

8. She is active on social media.

Christina does have a decent number of followers but not as many as others. It would seem that she’s usually pretty busy doing something and perhaps can’t be on social media all the time. She’s on enough however to make her followers happy and keep them around.

7. Christina is a producer.

She’s definitely taken a different path than her parents since her father was acting steadily by her age and was becoming one of the biggest stars around. This seems to suit her though as so far she seems to have done pretty well.

Christina followed in her mother’s footsteps in this manner as she decided to get a good education and finish it before moving on to the next phase of her life. Thus far she’s been using that education to the best of her advantage.

5. Christina is related to JFK through her mother.

John F. Kennedy was Maria’s uncle so this means that Christina would have been related to a former president had JFK been allowed to finish out his term. But we all know how that sad and tragic tale went.

4. Her net worth doesn’t seem to have been determined yet.

Some sites would tell you that her net worth is around $400 million but don’t be fooled, she might have a decent net worth for still being a young woman getting into the business, but that insanely large number belongs to her father who throughout his career has amassed a fortune unlike anything a lot of people could possibly imagine. While’s not a billionaire he’s definitely someone that has the kind of cash flow that might have made growing up in the household pretty comfortable. The chances are good though that her own net worth will eventually begin to climb.

At the age of 27 she’s done a good number of things that she can be proud of and it’s easy to assume that she’ll just keep going since there’s no reason to let up at this point. She has all the time in the world to make a career and do whatever she wants as she moves forward.

2. She tends to keep her private life to herself.

The more that celebrities do this the more it frustrates the media and to be honest, the more I want to laugh and clap approvingly since to be perfectly honest we don’t need to know absolutely everything about celebrities. They’re allowed to have private lives after all.

1. There’s a few conflicting bits of information out there on her.

Either some sites are just outdated, which is possible, or they don’t do a whole lot of in-depth searching to get their facts right since as I mentioned above, the $400 million dollar net worth belongs to her father, and she IS on social media.

Sometimes it takes more than just glancing at the information.