Home
Anime
Will We See a Chivalry Of A Failed Knight Season 2? 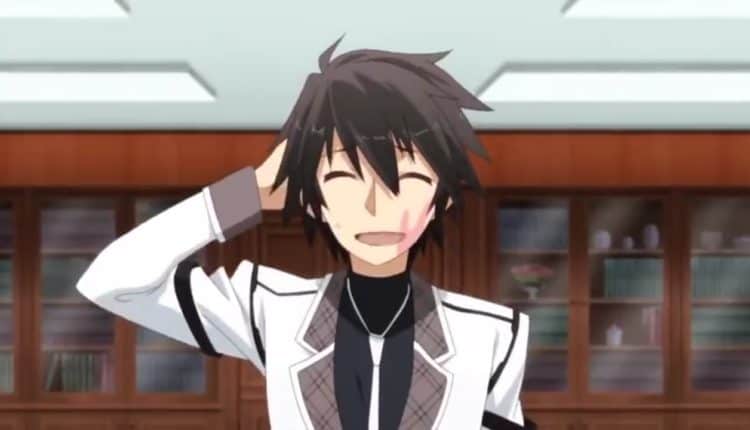 Chivalry of a Failed Knight is a series that started up in the early 2010s rather than the late 2010s and early 2020s. As a result, it is one of the battle harem works in a school-themed setting that was popular in those times. For those who are unfamiliar, this means that Chivalry of a Failed Knight features a male protagonist with a number of female love interests, who possess a range of personalities for the purpose of appealing to consumers with a range of preferences. All of these characters are situated in a setting that is very reminiscent of high schools, though with more fantasy elements for the purpose of making them more interesting than their real world counterparts. Of course, battle harem works do seek to differentiate themselves to some extent because of the need to stand out. However, they tend not to do so too much, not least because they are concerned about driving away the intended audience by changing the fundamental assumptions of the genre. As such, the story of Chivalry of a Failed Knight should be more than a bit familiar to anyone who has ever touched anything with a battle harem.

In short, the male protagonist Kurogane Ikki is a super-powered human called a Blazer. However, he is held in low regard by his schoolmates because of his low magical abilities, which is a common trick used to make such characters more relatable to the intended audience for the purpose of serving as their surrogates. Despite this, Kurogane encounters a beautiful, talented girl named Stella Vermillion, who even happens to be a princess but a very poor princess. Something that is meant to make said character appealing to the intended audience without making her so different from their experiences that her generic appeal narrows in scope. Perhaps unsurprisingly, the two don’t just encounter one another the one time. Instead, they become room-mates after Kurogane defeats Stella in a duel in which the loser was supposed to obey the winner for life, which would also be part of the fantasy. Afterwards, Kurogane starts attracting more female love interests while building up his reputation from the very bottom.

Whatever one might say about the artistic merit of such stories, they are published because they can sell. In the case of Chivalry of a Failed Knight, it started out as a light novel series that saw its initial release in July of 2013 before continuing to the present time. Soon enough, it received a manga adaptation in March of 2014 before continuing to December of 2014. Something that was then followed by a 12-episode animated adaptation that ran for a single season from October to December of 2015. On the whole, it was a very typical progression for such franchises. Each successful work ensures the launch of a subsequent adaptation in a different, more expensive medium. Furthermore, each adaptation serves as advertisements for the rest of the franchise that preceded it.

Will We See a Second Season of Chivalry of a Failed Knight?

There are a number of factors that can influence whether an anime will receive a second season or not. The public has a very incomplete view of these factors, so it is difficult to tell exactly what is going on. However, what can be seen doesn’t support the idea that there will be a second season of Chivalry of a Failed Knight at all. For starters, it is worth mentioning that there is no issue when it comes to source material. There are cases in which source material isn’t a real bottleneck for animation studios, particularly if the relevant works use very episodic story-telling. In contrast, source material is a much bigger concern for those that have more linear narratives, which makes sense because inserting large amounts of original material left and right would make a mess of them.

Regardless, source material is a point of non-concern for Chivalry of a Failed Knight. As mentioned earlier, there are now 18 volumes that have been released. For context, the first season of the anime adapted just 3 of those 18 volumes. As a result, if we assume that the hypothetical continuation of the anime retained the same pace, it could go for five more seasons. Something that isn’t even considering the potential for more volumes to be released. Instead, chances are good that the problem has to do with the cost-benefit considerations of such a project. Like any other entertainment industry, anime has plenty of passionate people working in it. However, animation studios and their associates are businesses at the end of the day, meaning that they need to make sure that the benefits of their projects outweigh the costs. Otherwise, they wouldn’t be able to run for very long because they would run out of money.

In this regard, Chivalry of a Failed Knight doesn’t look so good. The light novel series might be ongoing. However, it is notable that the manga has already come to a conclusion, which suggests that it didn’t have enough of a readership to make it worth continuing. On top of that, this wasn’t some kind of recent occurrence. Instead, the manga came to a conclusion in December of 2017, which would have still been just a couple of years after the anime came out. Similarly, there are other factors that suggest that Chivalry of a Failed Knight never managed to build up the huge momentum of a top-tier series in the first place. For example, it never had a lot of spinoffs, which are indicative of burgeoning interest.

Likewise, the light novels managed to sell 1.5 million copies by February of 2017, which are respectable numbers but still far from competing with the best-sellers in the same market. As for the anime, well, the average sales were 2,963 units per volume. Even when one considers the fact that anime sales in Japan are notoriously low because of their high prices, those are still unimpressive numbers, meaning that there isn’t much reason to expect a Season 2 of the series even when judging purely by the anime. Summed up, interested individuals shouldn’t expect to see a Season 2 of Chivalry of a Failed Knight. Miracles can happen. However, miracles are called miracles for good reason.