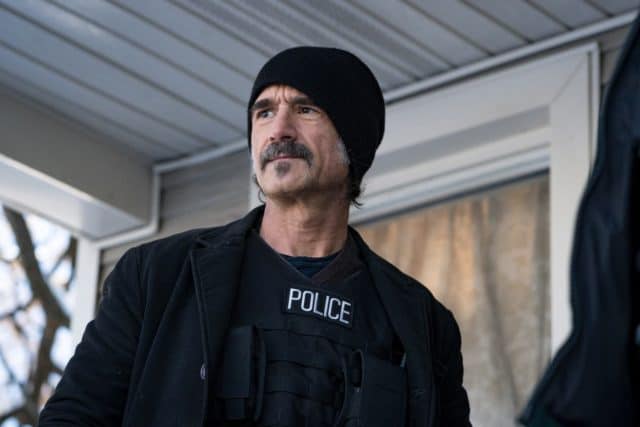 If Denny Woods is to be believed, the black cops and politicians on Chicago P.D. are not being taken care of. He is on a one-man mission to change that, and putting away a corrupt white cop would certainly help his standing on this platform. Is anyone else getting really sick of Denny Woods and his hypocritical attitude? He likes to forget that he led his own corrupt police unit and clawed his way back up by promising to “change his ways”. Instead, he’s going after Sergeant Voight full force, and he’ll use anyone, any case, any scrap of evidence he can hold onto, to take him down.

What better opportunity to challenge Voight than to solve the murder of a local, black alderman? Denny wants to play the hero, which includes encouraging Burton’s wife to keep public pressure on Intelligence to solve her husband’s murder. These two are determined to protect the late alderman’s memory, and the obviously crooked son. Next thing you know, the son ends up dead in the exact same way his father was killed. She can’t stonewall after that. She is now willing to accept that her husband and son tried to bribe the gangs to allow them to build condos in the area, and got in over their heads. It takes some bobbing and weaving, but they do get the gangbanger who killed the Burton’s. They do so by turning his cousin against him. The cousin is loyal, right up until Intelligence finds his breaking point, his sickle cell anemia. You can’t guarantee the same pain treatment in prison.

Kevin Bingham’s murder is only getting hotter, not colder. Denny is pushing hard to get Voight any way he can. By this time, Denny doesn’t need Ruzek anymore, even if he does suspect that Ruzek turned on him. What really scares Voight is that Denny is now going after Olinsky is being pulled in. IAD finds DNA evidence linking Olinsky to Bingham’s body, and even worse, a witness who can place Olinsky and Lindsay near the scene of the crime. It is bad enough that Olinsky might go down for this. His loyalty to Voight is absolute. But Voight made sure that Lindsay got out. He didn’t just push for her to get into the FBI to help her career. He got her out of town so she would never go down with him.

Every single thing that Denny has found is concrete. It’s not a matter of if he will get Voight, but when. Could this be the end of Chicago P.D. as we know it?

Chicago P.D. faces an uncertain future as Denny Woods closes in on proof of Voight’s crime.