Home
Television
Why You Should Check Out The Underworld Blood Wars 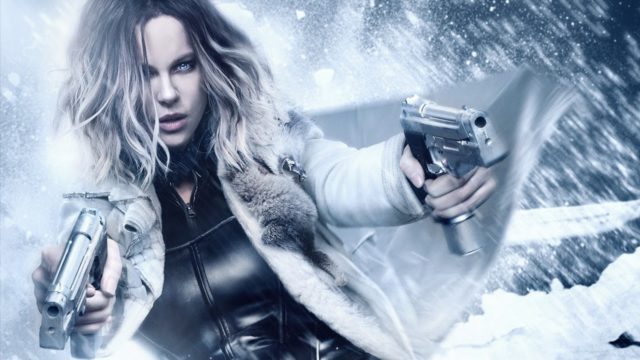 “Underworld:Blood Wars” was created for fans of the franchise and there is no dispute about it. If you’re not familiar with it, you might want to give the movie a chance. Anyone who likes vampire and werewolves will get their fill in the Underworld Series that began in 2003. Here are the reasons why you should check it out for yourself.

Kate is full of energy and action in “Underworld:Blood Wars.” Viewers get to see her jumping from high places and landing in pristine positions with skill and grace. While this might be a little tough to do in real life, this is cinema and anything is possible. She’s a bit of an inspiration actually. She’s athletic and she wears the black leather well.

This latest film is the fifth in the franchise. It carries on with the fifteen hundred year blood battles that have been raging over the centuries. There are some excellent back stories and if you’re into serial drama films, then you’ll definitely want to check this one out. If you haven’t yet seen the other installments, you can get caught up at any time because they’re available for viewing and you still have time.

“Underworld: Blood Wars” premiered on the Starz Network on August 20, 2017. This gives you time to get a little bit more on the background so you are fully prepared. Here is what to expect. There has been an ongoing war for control over a vampire horde. The combatants wage their wars with swords, guns and of course, political agendas and coups. It’s a drama so you’re going to watch multiple stories within the story unfold, but the plot is clear.

It’s about taking over and landing on top of the pile. This installment will not feature any of the original characters so it’s a brand new take, with the exception of the vampire Selene, played by Kate Beckinsale. Joining her from previous installments will be Charles Dance as the elder vampire and Theo James as his son David. They’ve been around since the 2012 “Underworld:Awakening.” Aside from the three, there will be a fresh cast.

Some Similarities to “Game of Thrones”

It would be difficult to get away from similarities when Charles Dance is back on the scene. Watch for Daenerys Targaryen couture in the film. Dance’s character will be reminiscent of the same part he played on “Game of Thrones.” There will be countless betrayals and an occasional murder, just like Dance’s other venture. The backstory becomes an important focal point at this juncture and it pays to know a little bit about it. If you’re into GOT then this is just another reason why you’ll want to check this movie out.

There is going to be a lot going on in the latest installment of Underworld, but even if you haven’t caught any of the previous movies, it will take you on a wild ride of thrills and excitement. Bear in mind, that the back story is well worth catching whether you do it before you see this movie or afterwards.