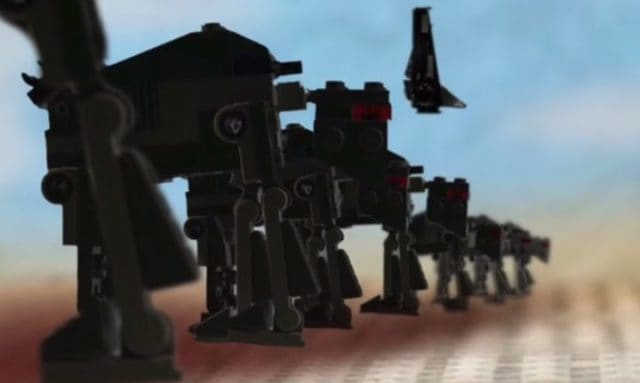 The Last Jedi trailer in LEGO is kind of cool really, but somehow Luke looks even more grizzled in this trailer than he does in the live action Star Wars film.  There are so many different things that look as though they could spell doom in this movie and so few things that could spell salvation, and it’s shaping up to be the same as the previous two part II movies in the original prequel trilogies. The formula seems to have been set, insisting that things need to get so much worse before they finally get better, if they even do. It also suggests that at one point those who are seen as teachers will fall in one form or another. So what does this mean for Luke Skywalker?

In some scenes it seems as though Rey is meant to challenge him in some way, while in others he seems to pull away from her as though unwilling to make the same mistake twice. And what about the fact that she’s speaking with Kylo Ren? What about the fact that Snoke is doing something to her that can’t be adequately defined yet? There are so many questions that have yet to be answered and the countdown to release is still well over two weeks away, so a lot of us are understandably chomping at the bit. Those of you that aren’t and are tired of these articles might be rolling your eyes but for the fans things are getting close to zero hour when their favorite franchise, or at least one of their favorites, is about to take a drastic turn once again and shock us all in a way that we’re not expecting but definitely anticipating.

Seeing Luke pleading with Rey doesn’t seem to indicate that things will go too well, while watching Kylo debate whether or not to destroy his own mother might have a lot of people holding their breath during the trailer. Surely he won’t kill his own mother will he? No one thought Han Solo would die in the last movie and look what happened there. Plus, with the sad news of Carrie Fisher passing away there doesn’t seem to be another angle that can be devised without taking on the controversial idea of using CGI to recreate Fisher for the third movie if Leia pulls through.

It worked well enough for Tarkin and the young Leia in Rogue One, but keep in mind how short those parts were and then think about how crucial Leia is to the movie when she’s actually there. Pulling the old CGI trick in this case would be kind of an insult to the fans and to her memory since it would be a close copy but no dice. I get the feeling that such an attempt would outrage a lot of diehards even while casual and non-fans told the rest of us to grow up.

The point is, the second movie of the trilogies is where people either lose their way or get severely messed up, the situation gets a little more desperate, and you’re left wondering how big of a resurgence will be needed for the third movie.

It’s going to be epic.