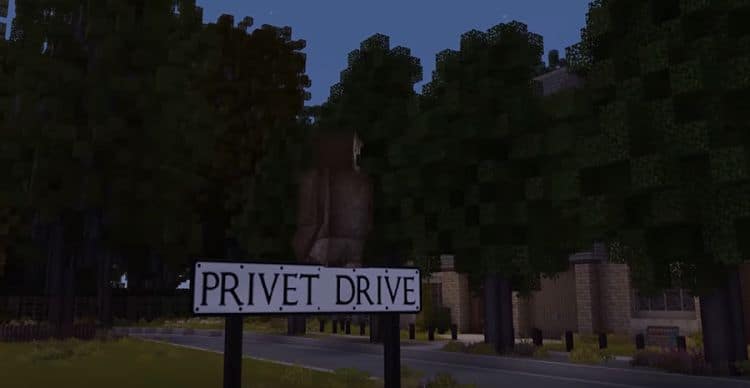 For those that love Minecraft and Harry Potter this game would be perfect since it combines the two quite nicely and, like other Harry Potter games, adds in a number of different challenges that the movie never mentioned. Anyone ever wonder just what might happen if games based on movies or comics went according to the source material without any deviation? It’d be kind of boring, or so it feels, since it would deny the user any chance of exploring the world in a much larger way and discovering what the designers and programmers had in store for them. Plus, by playing games that are styled in this manner it becomes possible to hook even more fans on an idea as both worlds are branching out in a way to try and integrate in a manner that can continually build the fan base. Personally I’ve never played Minecraft and I’ve only watched someone play a Harry Potter game, but all in all it’s easy to see why people become so enamored of them since Minecraft is the kind of game that allows a player to become invested in the game itself as they continue to explore and build upon their knowledge of the game itself, while Harry Potter is the type of game that seeks to expand on the pop culture phenomenon that’s been established for a while.

It’s still kind of a wonder with the type of cutting edge graphics that many games have how people get into the kind of experience that Minecraft offers, but different people are going to like different things obviously and really, there are still those that prefer the look of the old video games when the graphics were still very simple. One thing about the video above is that nothing is too simple since the grounds of Hogwarts are laid out in a very easy to recognize manner and the game appears to stay faithful to some aspects of the movie. One of the things that obviously needs to change between the movie and any game made from it is the inclusion of more challenges, more items, and more for the player to do so that there’s not that much down time and not as much empty space in the game. If there’s anything that can kill the interest for an adventure, and there are a few things, empty space in any game could possibly do it since games are designed to keep people busy and to stoke their imaginations and decision-making skills in many different ways. The moment a game stops doing such a thing is the moment that it become irrelevant, and yes, there have been games out there that have been guilty of this in the past.

The good part is that Minecraft is known for keeping the players busy and keeping them engaged the entire way through as a lot of players will find that they NEED to unplug, not that they want to. In terms of a Harry Potter game it’s all dependent on how invested a player is since there are moments in some of the games that are a bit lackadaisical and don’t flow quite as well. In many games this is a rather subjective matter since not being able to finish a challenge or a puzzle or something difficult is hard to count considering that it’s a failing of the player and not the game. All in all Harry Potter games are pretty fun if you’re into them, but when stacked against other games they’ve tended to come up short quite often since the movies and the books have always been the main draw. When couple with Minecraft it’s likely that the idea would become a little more popular since there’s more to it than either game could bring on their own, but in a way this almost reminds me of the Harry Potter Lego game in some respects since some of the challenges look familiar. Obviously Lego and Minecraft are different enough to be kept apart, but when combining with Harry Potter there’s really only so much that can be done before it starts to repeat over and over.

A new and fresh idea for any game that’s wanting to partner with Harry Potter might be to expand and go further back during the wizarding wars to keep building outward from Hogwarts, perhaps even venturing into the orbit of the current movies that are being allowed to expand the Potterverse. After all if a franchise wants to keep building it needs to find a way to expand and to climb even further so as to keep the people entertained and will to pay for whatever they roll off the line next. It’s just a thought, but one that might be kind of enticing really if anyone ever gave it some attention. Connor Sheridan of GamesRadar has more to say on the subject.