Home
Television
Check Out “The Witcher: Nightmare of the Wolf” Trailer for Netflix 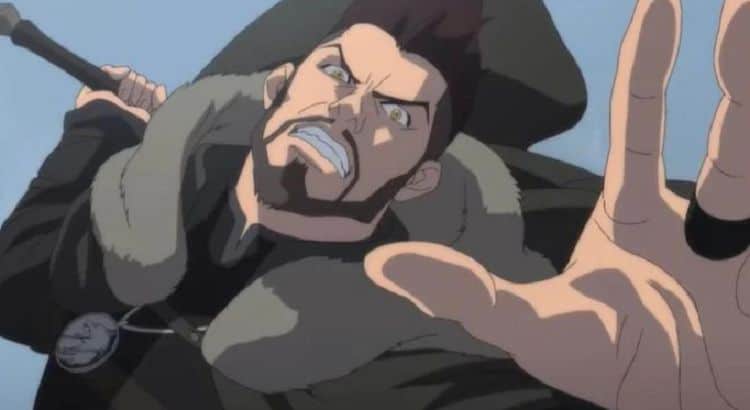 The Witcher legend continues to grow as The Witcher: Nightmare of the Wolf will take place well before Vesemir, who is the main character in this story, ever becomes the mentor to Geralt of Rivia. Interestingly enough, Vesemir apparently starts out as a servant making little money and is eager to find his own place in the world as he goes adventuring. How he becomes a Witcher though is going to be fun to see since when hunting monsters it’s best to have the right skill set in this world. Seeing how things were before Geralt came around should be a lot of fun since getting to witness Vesemir in his prime will no doubt tell the fans quite about the veteran Witcher and perhaps even how he came to Kaer Morhen and how the Witchers became who they are. There are a lot of questions to be answered at this point and it’s fair to think that the animated show should be able to give us a lot that we don’t already know. It might even be able to fill the time with even more monsters in order to give the Witcher something to do.

One thing about the live-action Witcher is that there are monsters, and there are a couple of fun battles to witness that take a prolonged period of time, but as one can imagine it’s bound to soak up a good amount of the budget to create just one monster, even if practical effects can be used for some shots. Animation doesn’t appear to cost quite as much as the number of monsters is likely to rise in a big way as Vesemir appears to be taking on quite a few creatures that will be present in this project.

It’s fair to wonder how far and how deep into the story The Witcher series will go, especially since there’s obviously much more to it than people realize. So long as the story is held as close to the book as possible it doesn’t sound like a bad idea, but it’s likely that things are going to change at least a little bit as they need to over time. The fact that Geralt is so dismissive about what exists and what doesn’t is kind of interesting given the way the worlds work and how things are viewed by different factions within the stories. Seeing how Vesemir’s story goes will be a lot of fun since it might go into why Geralt is the way he is since by understanding the mentor we can possibly get a better handle on the student. That might also go into Ciri’s training since Geralt is no doubt going to be training her much as Vesemir trained him, which is only natural, to be honest. It also feels as though we’ll get a better take on why people are so dismissive of Witchers, and why some folks are firmly set against them. There’s no doubt that part of it is that they do appear to be less than friendly and don’t enjoy mingling with other people.

There’s so much that can be done with live-action, but there’s more that can be done with animation. On the one hand, live-action is great since one can get a better sense of realism, in a way. With animation though there are fewer limits to worry about since animation allows for more extravagance throughout the story when it comes to setting and character and creature development. We can’t have it all obviously, but having an animated Witcher series and a live-action one will definitely manage to appease a lot of people that are ready and willing to sit down and binge every episode that comes their way. This project already looks like something that will offer up a few answers about the Witcher and the reason why their place in the world is actually important. It’s likely that we’ve heard this explanation and more already, but a bit of reminding isn’t going to hurt since it’s been a while since we did get to see any version of The Witcher thanks to the pandemic. Now that things are up and running again, with the proper safety protocols in place, it will be interesting to see what comes next.

Out of all the shows that have continued or come out this year, and there have been plenty of them, The Witcher, any version of it, stands as one story among many that people have been anticipating in a big way. Following the first season of the live-action show, fans have been wanting to get as much as they can from the story, and this animated series will help that happen. Seeing Vesemir in action will no doubt prove just how great he is, and why Geralt is every bit as amazing.