Home
Television
Check Out The Trollhunters: Rise of the Titans Trailer 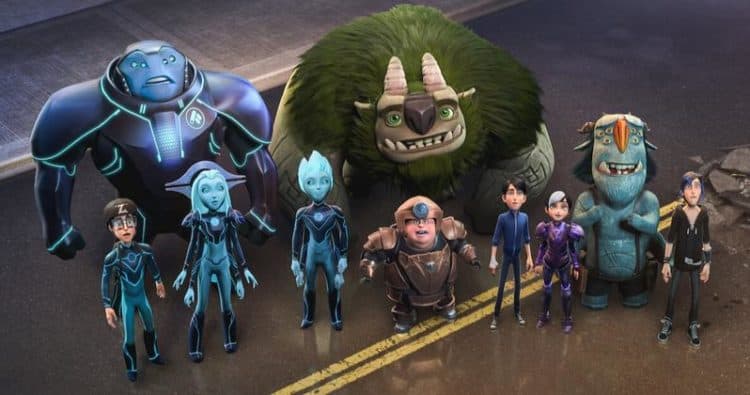 In just about any show, movie, or story, titans are often seen as tough, nearly unstoppable beings of such immense power that if one is even thinking about taking them on they’d best have the kind of magic that can undo or save a world. That appears to be what’s going to be needed in Trollhunters: Rise of the Titans, since any D&D fan would be able to tell you that to take on a single titan, which could easily annihilate a giant or a troll, one’s character usually has to be epic-level or extremely lucky and definitely powerful enough to make a dent in the highly resistant hides that these creatures tend to have. The show appears to be taking on the idea of the titans from Greek mythology since the form and a limited number of titans would suggest that these creatures are the dreaded threat that has been seen in past versions of Greek-based movies and shows. Elemental in nature, these titans are even harder to contemplate when it comes to sorting out their various weaknesses, and seeing as how they’re apparently being controlled it might suggest there’s only one real weakness.

As elemental creatures, the titans are unstoppable forces, supposedly, that are currently threatening to destroy the worlds that the heroes call home, as their immense power threatens to undo everything in a cataclysm of such proportions that there will be nothing left if the heroes fail. The threat level of this tale is such that it might be great for kids and even adults that might have found themselves getting into the series since the main gist of Trollhunters has been something that many people might find appealing given that it takes the supernatural and pairs it with the magical and extraterrestrial in a way that simply makes sense given that it’s designed for kids to enjoy and have fun with.

The types of titans seen in this movie are those that have been seen in the animated Hercules movie from Disney as well, as the titular demigod had to use his immense strength to take on creatures that resembled volcanic mountains, a towering ice golem, a cyclops, and a living tornado that were set on destroying anything in their path, including Mt. Olympus. The Trollhunters have a little more to worry about given that they’re not gods, but they are imbued with various powers that can help them win the day. The task looks rather insurmountable in the trailer, but pulling from D&D again, titans are usually tough characters and not easily defeated since once put into motion it’s almost impossible to stop them. The word titan has been used for many creatures along with many different stories, as it’s been used to describe supernatural creatures and golem-like creatures as well as aberrations and other various creatures that some might feel have nothing to do with the version of titans seen in the trailer. But these particular titans are among the most dangerous since representing the elements they carry a much greater potential for destruction than many of those that carry the title. This subject might be bound to cause a debate so let’s just leave it that in any version, titans are beyond tough.

In Trollhunters it would appear that the titans are being controlled though, so it’s likely that breaking the connection might actually do something that could help to stop the massive beings. The level of magic that’s needed to take on a titan of this magnitude is something that the Trollhunters might possess, but one can imagine that it’s going to be a tough fight and the movie is going to be packed with action. For a while now people have enjoyed the Trollhunters because it was something new that took from older sources and created a story that was a lot of fun to follow. But it does sound as though this might be the last fight that we’ll see the group in unless someone is willing to try and keep the story going. The fact is that eventually, every story has to reach its end and there’s always a stopping point that’s best to find in order to let the story rest.

It’s always possible that the Trollhunters could start up again at some point since in this day and age, leaving anything alone after the course has been run isn’t exactly the trend. But for now, it would appear that Trollhunters: Rise of the Titans might be the last hurrah. At the very least, the movie looks as though it will leave a lot of fans satisfied and will give a good accounting of itself right up until the credits start to roll. At that point, one might wonder if things are truly over or the story might come back one day.