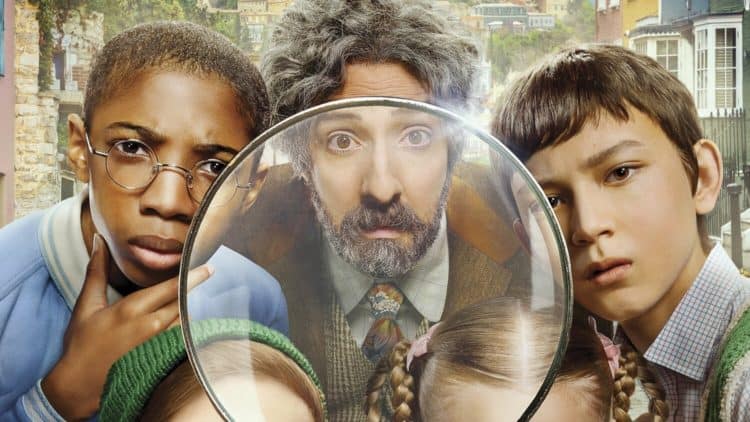 Sending kids on a deadly mission, or on a mission at least, appears to be the kind of thing that is rather popular when one sits back and thinks about it for a little bit, especially since this is a common trend that has been seen for decades when an idea such as The Mysterious Benedict Society pops up. From the outset, the project looks like something that could be very appealing for kids and it probably will be subject to social commentary simply because of the idea of free thought and innovation that youth tends to bring to the table at times. But overall it does look like something that’s going to pander to kids and their ability to wonder about the world around them since the reality of sending children on any sort of secret quest or inducting them into any type of secret society is something that, in the real world, might be considered, well, wrong on many levels. Keeping the more realistic aspects out of it though, as much as possible, the series does look like something that could be a lot of fun and even get adults hooked on it if one remembers just to have a good time with it and not delve too much into the realm of reality when trying to deduce what’s possible and what’s not. The group of orphans, as is mentioned in the trailer, appear to be selected by the type of skills they exhibit and the manner in which they use them, which is interesting since it does feel like a giant setup that will culminate in the need to come together not just as a society but also as a family, which is bound to be one of the underlying themes of this series.

As a family show this is bound to be a hit since it already looks like it will invite people to use their imagination in order to enjoy the full scope of the world that the kids will be thrust into. It’s fair to say that wondering what kind of criteria will be used to determine who gets to go on the mission will be intriguing since from the trailer it does look slightly odd, but so far out of the realm of reality that one couldn’t think that it might be pertinent. The very idea of sending kids on a mission that might be dangerous is something that’s been happening for a while since the appeal of it is that kids can make a difference as well, and that their own unique skills can come in handy when they need to. The fact is that a lot of us have grown up watching movies and shows like this and every time a new trailer comes out it becomes a reason get a little excited deep down inside since the kid in us still thinks it’s pretty cool, even if the adult portion of our mind tends to override this and says that we either don’t have time for it or that we have other interests. Some people have convinced themselves of this in a way that doesn’t allow for argument, while others feel the pull of something that could be a lot of fun, but might still resist since they might not want to appear too immature to those around them.

It’s worth it to just say to heck with everything else, kick your feet up, and enjoy a bit of the programming that Disney+ has to offer simply because there are times when it’s better to leave reality ot its own devices and enjoy the imaginative stories that tend to come from those that enjoy seeing a world beyond this one. There are bound to be those that will talk about this show, that’s a given, but from the trailer it would appear that it’s not going to be so controversial that it might spark the anger of any particular group of people. There are definitely moments in the trailer when it might be decided that there are a few hints here and there that a ‘woke’ thought or two might have made it in, but oh well, that might actually add to the fun unless the entire series is done up in this fashion. So far as things appear it does feel as though this series could be a lot of fun for the whole family if one decided to sit down with their kids and enjoy the story for what it is, not what they’re bound to take it as. Disney+ has been getting better and better when it comes to the content that they’re pushing and the various movies and shows that they have to offer. It’s not hard to  think of why they’re such a competitor, especially when they pay attention to their audience.