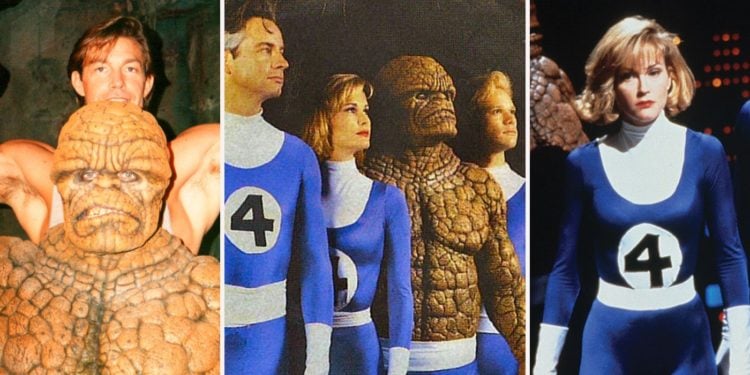 A film company will create a bad movie just to keep the rights but they’ll also do it sometimes just because they can and there’s a chance that it will make money. How in the world does anyone think that so many Sharknado movies were made? The first was garbage and the rest were sloppy garbage that just kept getting worse, but people watched them anyway since they’d seen the first one and wanted to figure out how it was all going to end. That obviously brings up the idea that studios can just go for broke and keep marketing the most ridiculous ideas possible since people are going to watch no matter what. Keeping the rights to an idea is enough of a reason to slap something together and put a stamp on it since it typically makes it known that the rights are still protected and that no one else can take that idea without spending a hefty amount of money for it. But The Fantastic Four back in 1994 was so horrible that it was made, marketed, and then never seen again until it leaked, and people were all over it for a while. A lot of people would argue that a good FF movie hasn’t been made yet but at the very least the two that came after the 1994 attempt featured some well-known actors and much better effects, kind of.

Studios tend to do this with sequels as well since any movie that’s received a mess of sequels is just a cash cow at that point, which is the whole reason why they get made in the first place. Did anyone ever really think that a lot of sequels were made because they were good ideas? No, no, and hell no. There are definitely sequels that were made with the intention that they were going to be good, and some that actually attained that lofty goal, but a lot of times sequels are made because they’re either a part of the plan or, more often than not, because filmmakers and studios alike see the possibility of being able to make more money, more money, and more money by cranking out one movie after another. Was that repetitive? Now you get the gist of why sequels can be so annoying and why they’re not the favorite medium of many people since they’re a cash grab that far too often works even if the movie itself doesn’t. Folks might moan and groan when it comes to seeing a sequel come out, but likely as not they’ll go to see it or wait until it comes out on video, and then they’ll watch it. But one way or another, they’ll spend the money that it takes to see it, and studios know this. Movie audiences aren’t hard to figure out, as they’ll watch pretty much anything that’s put in front of them as long as it has just enough value to them as a ridiculous, scary, action-packed, romantic, or otherwise themed movie that they feel the need to sit and watch for the duration. Studios count on this and they know very well that people want to be entertained, so they’ll do whatever they have to do in order to get their numbers up. Sometimes it’s a bid to see if a truly horrible movie idea can go anywhere on a lower budget, and obviously this has worked in the past since otherwise we wouldn’t have some the truly horrible movies that have been seen throughout the years. Of course now and again a stinker comes along that was meant to be something provocative. Battlefield Earth, anyone?

Studios know they can make a bad movie every now and then and then bury it like a dog hiding their mess, but they also know that if anyone shows the slightest bit of interest that it might be something that’s a little more valuable than all that. The fact is that there are plenty of people out there that actually love horrible movies for various reasons and this, in part, is why horrible movies continue to be made. There’s a market for them, believe it or not since people are willing to sit down and laugh their butts off at them and ask for more. It’s not the worst idea that’s ever come to Hollywood, but it’s certainly something that continues to boggle the mind of a lot of people since every studio is out to make money, and trying to make money by dumping one clunker after another on the audience is a good way to take two steps forward for every five steps backward. Of course, that’s the way that logic would dictate that it works, but when it comes to making movies, logic is sometimes a nice idea, but it’s more like a set of guidelines that doesn’t need to be adhered to.