Home
Movies
Check Out the Evolution of Keanu Reeves in Movies 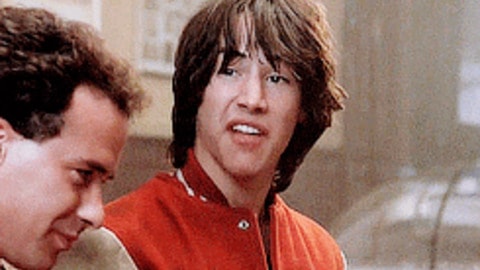 Keanu Reeves is easily the most unassuming actor out there who has a net worth of over $300 million.  We know most of this comes from The Matrix franchise but actually diving into the depth of his career is a journey that will most likely surprise you.    We’re talking about a career that’s spanned over 30 years.  Reeves is a young looking 52-years-old as he embarks on his latest film chapter that is the John Wick series.

But people rarely stop to think that Reeves started off as a ho-hum 80s comedy guy with funny roles in movies like Youngblood, Parentood, The Night Before, and Bill and Ted’s Excellent Adventure.  His career took a huge turn once he played Johnny Utah in Point Break.  It was at that point in 1991 people started to see him as a star.  Then you had roles in Speed, Johnny Mnemonic, and The Devil’s Advocate the solidified his range as an actor.  From epic blockbusters to even playing romantic leads, Reeves has done it all.

The Matrix marked a new evolution in his career and while it seemed he had a hiatus after The Matrix franchise ended, John Wick has effectively revived his action career.    In a great video that spans his career, we present you with The Evolution of Keanu Reeves in movies: