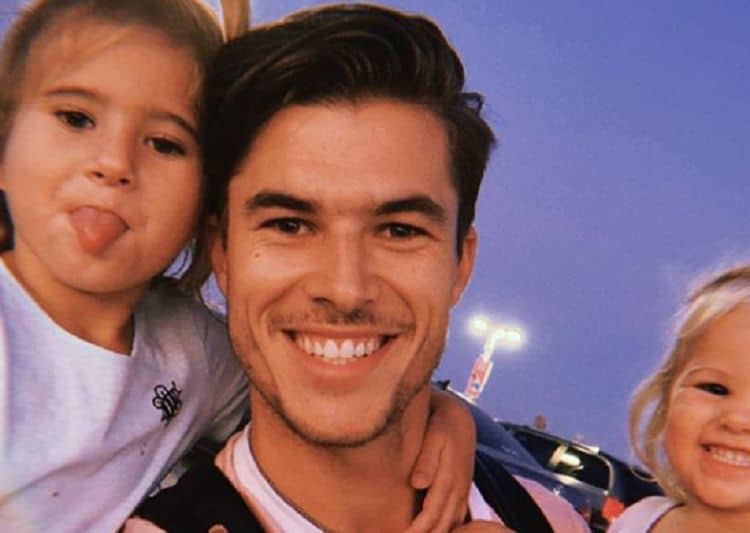 It’s a little easier to recognize a model by his face rather than his name, and that’s what happens to Chase Mattson on occasion. However, he’s made it to a level in which he’s someone who has made it enough in the modeling world that he’s able to find that people know who he is by looking at his face more than anything. He’s got a famous girlfriend, a famous job, and he’s making big things happen in his life. This is something we appreciate about him in every capacity, and we want to get to know more about him.

1. He Was in a Relationship

The famous model did a beautiful photoshoot back in 2015 with Kara Nixon Photography, and it featured his partner and their daughter, Hazel, and it appears that this did not work out. The couple is no longer together, and we are curious as to what happened to this to make it fail. We also don’t know if they were married, engaged, or just together. Her name is Devyn Jackson.

Two of them, to be precise. Their names are Hazel and Nora. Hazel is the big sister. She’s around six, and her little sister is about to be three. Both are born to his ex, Devyn, and to himself, but we still want to know what happened to their relationship to make it all fail.

3. He Has a Famous Girlfriend

Chase Mattson might not be married any longer, but he has a famous girlfriend. Her name is Kellianne Stankus, and she’s a TikTok star and a world-class gymnast. She’s won many meets and has a lot of recognition for her skills, and she’s even been on The Ellen DeGeneres show to perform and show off her talents.

Despite the fact that he is a man who has a child and was already married and no longer with the mother of his children, he’s still young. It might surprise some of his fans to realize he was only born in 1994. His precise date of birth is June 3, 1994. He was born in California, and that is where his model management company, LA Models, is located.

5. His Kids are Most Important

He’s realized that having daughters means more than anything to him. He’s a big advocate for treating them fairly and kindly, and he expects that all other people will do the same for his kids. It’s how he goes about living his life, and that is how he expects everyone else to do the same.

6. He’s Close to His Mother

He is a young man who is close to his mother. He recognizes her on his social media pages when he’s celebrating things like International Women’s Day, and for that we are so appreciative. His recognition is lovely, and we are sure that his mother loves to know that she’s his rock and his best friend and the person who made him who he is today.

He is a sports fan, if his social media accounts tell us anything. He was once on the field for a Steelers game with the NFL, and he was very thankful that they were able to spend some time giving him what he was looking for on the field. We don’t know if this is his team, but he sure did enjoy watching their game.

He’s got a thing for vintage cars, as do all the best people, and that’s something that we adore. He has a 74 Corvette in his garage, and he has a 76 Camaro in there. We’re going to go out on a limb and assume that he is someone who has a thing for Chevy’s, right?

With his gymnast girlfriend by his side, he seems to be in a really good place with her. They seem to have a lot of love and respect for one another, and their photos are nothing short of adorable. They appear very happy like they’ve found the one, and we are all here for it. They should enjoy their happiness and what it means to them in their own lives.

He says it’s because his daughters begged him for a puppy, but we think that he might have wanted one of his own, too. He has a little German Shepherd baby named Achilles that he got for his girls back in May 2019. This is one cute pup.