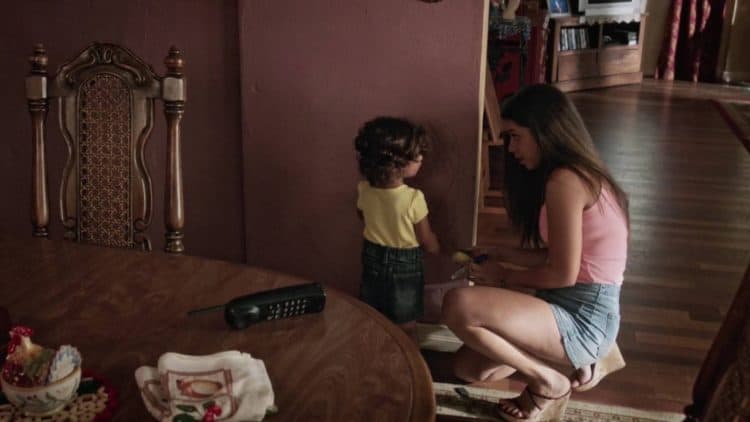 Ever see someone that’s been in films and TV but it really seem as though they might have the talent and the skill to be in so much more? Catherine Toribio kind of fits that mold since she seems very astute when she’s on camera and has in fact been in several different productions, but still seems like she could do more. It does have something to do with the fact that she seemed to be drawn to acting from a young age and had no compulsion to do anything else with her life since the drive to get up and perform in front of people was one of her biggest motivations. But at this point, despite the fact that she is a celebrity and a star, it seems as though she might just need that one perfect role that would make her a superstar and really push her name forward so that millions upon millions of people could recognize her without having to search.

10. She was in Paranormal Activity: The Marked Ones.

Paranormal Activity was kind of in its last gasp when it came to this film. The whole idea as it pertained to the use of witchcraft and the actual witches and the possessed individuals was beginning to wear a bit thin, and closing the loop as it was done was perhaps the only way to really preserve whatever integrity was left to the franchise.

9. She was on Jane the Virgin.

Think about what it’s like to give birth in the first place, and then think about what it would be like to have to simulate it. Some people might think that it would be a cinch, that all you have to do is act like you’re in pain and having a hard time passing an object the size of a watermelon through an opening the size of a lemon. But really, there’s a little more to it than that.

8. She was inspired by The Mummy when it came to acting.

After watching this movie in the 6th grade Catherine was hooked on the idea of becoming an actor and wasn’t going to be dissuaded as she started to move in the direction she needed to attain her goal.

7. There’s not a lot of information on her at this time.

A lot of people in Hollywood are starting to leave certain elements of their lives at home where they can’t be so easily accessed. The questions of family and personal life are being left alone a lot more it seems than ever before. That’s actually a good thing since it’s not anyone else’s business.

6. Meryl Streep and Jennifer Lawrence are two of her big inspirations.

If you had to look up to people for their star power and their ability to create a character or fill a role then there are many upon many that can be used as inspirations to a large number of people. Admittedly, Streep and Lawrence are very astute actresses that are quite talented and seen as huge success stories.

5. She was/is fascinated with Egyptology and Egyptian culture.

Whether the Mummy was responsible for this or it was something she was interested in to begin with is uncertain but it does help since it could possibly inure her to the reality of such movies as the Mummy versus the liberties that such films take at times.

4. She started out having producing and directing ambitions.

Some people actually want to bypass the whole acting portion of the film industry and get right to the directing and producing parts of it. The only issue there is that directors and producers do tend to have busier schedules than the actors at times since their responsibilities are often much broader and encompass a wider spectrum of duties that have be performed on a regular basis.

3. She started out doing commercials.

This seems to be one of the many safe ways to go when it comes to starting out in an acting career since it allows people to figure what they do best and can also grant them the chance to make a few mistakes here and there in order to really find out what skills they have and if their talent is natural or needs to be bolstered now and then by great dialogue or certain situations.

2. She was a cheerleader in high school.

This isn’t an activity to be looked at and then dismissed since the average cheerleader is both strong and capable and absolutely has to be a team player in order to get anything done. What this means for a film career, or anything really, later on in life is that they’re dependable and willing to work with others to meet whatever goal is set.

1. She was born and raised in New York.

There seem to be a lot of actors that come from New York, but it’s not at all surprising. It’s a big place after all and a lot of people have the kind of ambitions that will take them anywhere as long as they’re willing to put in the work.

It might be that she’ll find a role that can allow her to really shine eventually, just keep watching.