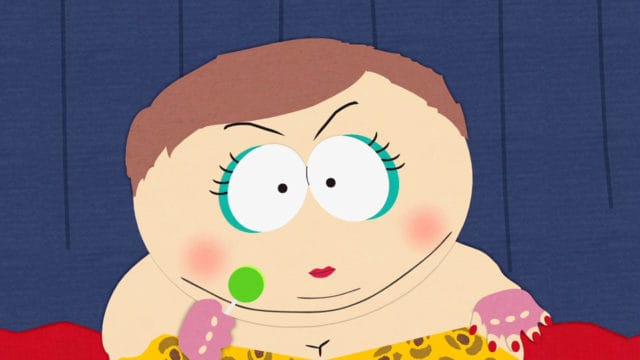 If the “Cash Me Ousside” girl thinks she’s doing something new then someone needs to give her a serious reality check. Before she was even a thought in the mind of a woman that should have thought twice there was another little kid, yes, I’m calling her a little kid by comparison, that did what he wanted and thought that he could get away with it for as long as he liked. That kid’s name was Eric Cartman. And that kid, did what he wanted.

If you really want to see what Eric Cartman did that he wanted so bad all you have to do is access the clip below and you’ll get an eyeful even if you didn’t want it. The Cash Me Ousside girl is really nothing when compared to Cartman. In truth she’s not really much of anything when compared to most people really. Eric Cartman has at least one excuse, he’s a cartoon character and really can do whatever he wants. If if it involves pushing his fat together to make him look like a girl, no, I’m not fat-shaming, then that’s what he does. If it means looking like a girl, that’s what he does. If it means acting like a little disrespectful punk, that’s what he does.

He’s a cartoon, he gets away with it. Matt Stone and Trey Parker are animators and the creators of South Park. They created the show and have been running it for years now. They do it because they can, and they do because they want to.

Oh right, her mom is comfortable exploiting her to make money on her appearances. She doesn’t mind that her young daughter acts like a wannabe thug and has to have a bodyguard the size of Lou Ferrigno walking around beside her so that she doesn’t get knocked to the pavement every time she opens her mouth. I wonder if she even gets a thank you for allowing her daughter to act this way, or she just gets told to shut up and know her role?

Cartman at least has an excuse. He has someone voicing him, someone drawing him, and someone controlling him. The Cash Me Ousside girl doesn’t even have a mother trying to hold her back or talking sense into her. When exactly did the kids become the ones that called the shots? I’ve been wondering that for some time and it’s something that still escapes my understanding since so many kids these days aren’t being given the kind of discipline a lot of us can remember from our younger years.