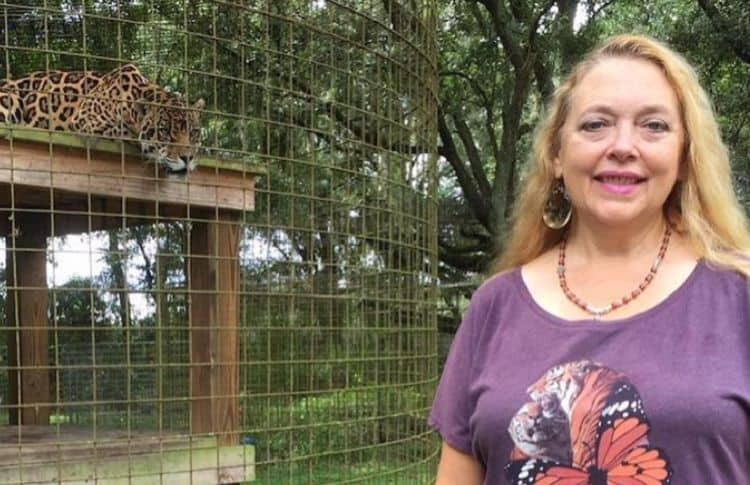 The idea that anyone that had something to do with the Tiger King documentary is getting more famous by the day is kind of disturbing since it continues to announce just where are our priorities are as a society and who we’re willing to elevate when it comes to pop culture. Carole Baskin has just as many fans as she does detractors since to be quite honest, her main opponent, Joe Exotic, was beyond nutty and as a result, he couldn’t keep his mouth shut half the time and, as you might guess, it landed him in a great deal of trouble. Unfortunately, this means that Carole now looks like a saint to some folks and merely questionable to others. The sad part of this is that the various animals that she and her husband take care of, along with several volunteers, are the lesser part of the story at this point as Carole’s fame continues to rise and the animals are kind of the showpiece that has helped Carole to become the star that she and many others think she is at this moment. To add to this growing pile of…never mind, Carole is now apparently going to create a show that will be focusing on her work with Big Cat Rescue, which in the eyes of many people doesn’t look much better than anything that Joe Exotic or Doc Antle have been doing.

Getting away from that, since it would inspire another rant that would mirror many that are currently online, the show already sounds like a way for Carole to throw shade at many prominent figures that have apparently violated animal rights while possibly painting herself as an angel of mercy and her husband Howard as the guy that’s been at her side as a loving husband for so long. Oh, the desire to simply rant and rave is strong, but it’s kept in check largely because to do so would only be to give Carole even more of a spotlight to paint herself as the cat-loving queen that she already happens to think she is. The thing about an ‘unscripted’ show however is that it’s bound to become more of a mess than Carole or Howard could possibly think of, and that’s saying something since they’ve both been dealing with messes that they’ve either created or helped along when it comes to their fight with Joe and anyone else they happen to have a beef with. But an unscripted show would easily show the world that Carole and Howard are not quite as innocent as they make themselves out to be and that some of their dodgy behavior, that many are seriously willing to forgive and overlook, is justified simply because they feel that they’re under constant attack. Far be it from me to agree with Joe Exotic on anything, but Carole does feel like a dodgy person from the get, but of course, feelings aren’t a substitute for facts, of which it would appear there are too few.

Intuition though, that’s a hard thing to put down since it tends to tell us from time to time that someone isn’t entirely trustworthy or a situation just isn’t as right as people want to make it out to be. In this case, Carole and Howard creating an unscripted show feels as though they’re trying to be sincere about their lives, but they’re simply trying too hard. The best thing to do right now would be to just go away and let people think what they will about them as they bask in, no pun intended I swear, celebrity status that the documentary and Carole’s appearance on Dancing With The Stars granted them. Sticking around at this point feels unwise when it comes to making themselves look innocent or even less than shady, but of course, the celebrity status that a lot of people crave is enough to leave them seeing stars as they continue to ascend that ladder towards what they believe might be their day in the sun. Well, to be real, the sun is shining on Carole and Howard, but at the same time, it’s bound to expose something eventually, though if it never does there are still many people that know better than to trust them.

Of course, that sounds paranoid, but one thing that’s been proven by the Tiger King documentary is that those dealing with exotic animals aren’t entirely on the level no matter how clean they make themselves look. Carole Baskin has made it clear that she has fans that are invested in her career and that she’ll do and say whatever she has to in order to keep those fans entertained and more than willing to stand in front of her to defend anything she does. Maybe one day sense will return to society, but 2020 isn’t the time for it.