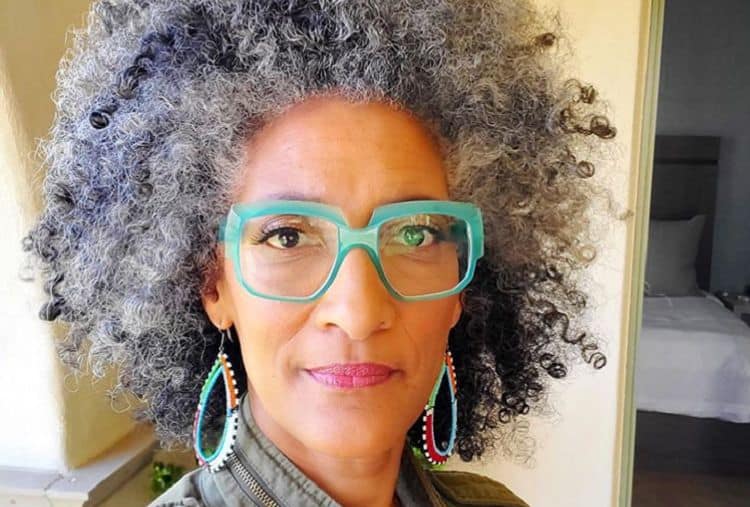 Who doesn’t love Carla Hall? She’s a chef and a television host and a motivational speak and the new host of her own podcast, and she seems like a generally awesome person all the way around. She’s the kind of gal who seems like she has her life going on well, and she’s got things working out for her in so many ways. We love that about her, and we want to get to know her more. She’s been part of our lives for so long we can’t remember a time we didn’t see her on television, but the fact of the matter is that she’s someone we don’t know that personally. She probably likes it that way, but we aren’t satisfied with just knowing her public persona.

We love a southern belle, and she’s one through and through. She was born and raised in Nashville, Tennessee. You can get more southern than that, but it’s one of the most famous southern cities. You learn a lot of grace there. You learn a lot in the south, and cooking is just one of those things we all learn to do at some point.

…but not chef’s college. Upon completing her high school education, she took off and went to Howard University. She was in the business school there, and she did well. She graduated with her degree in accounting, which does sound boring. She went to work in Tampa for some time for a company you might have heard of called Price Waterhouse. She was an accountant. She hated it.

3. She Hated Her Career

She hated it so much she was only able to make it through her job for about two years before she had enough. We love that she had the courage to realize that she could do anything she wanted even though her education and her degree took her there. She quit her job. She moved abroad, and she became a model. She spent a lot of time in all the major fashion cities across the pond; Milan, London, and Paris. This is where she decided she wanted to go into the culinary industry.

4. She Wasn’t a Trained Chef

She didn’t have a formal education in the world of food, but that was all right. She eventually decided to change that. She was a woman who had her own business, but she spent four years working on it hard before she decided to take a plunge and attend the L’Academie de Cuisine in Maryland. She then got her certificate.

She was back in the states, she was having a good time, and she was deciding how to go with her life. She decided to go see a friend at work, and she brought some sandwiches she’d made to the office for her friend. Her friend shared them with some coworkers, and they wanted more. The demand sparked an idea in her mind to start a lunch delivery service.

She has no biological children of her own, but her husband did bring a son of his own into their marriage. His name is Matthew Lyons. They were wed in 2006, and he has a son called Noah. She’s now a stepmother, and she’s embraced all of her roles with grace.

We obviously don’t know her personally, but she is just such a joy. She radiates it from start to finish. If you’re in a bad mood, watch her. If you’re not feeling like yourself, watch her. Her smile is almost magical, and she cannot stop with the entire joyful feeling she gives everyone. It’s not a bad trait to have.

The new deal was announced in the summer of 2020, and no one is mad about it. She’s going to spend her time all over the Food Network – which is a favorite channel for all of us – and we cannot wait to see more of her. She’s so good at what she does, and she makes us want to watch.

9. Her Podcast is Riveting

It’s called “Say YES,” and it’s good. She’s so fun to listen to, and she’s so good at being present with her words. She’s thoughtful and eloquent, and she is someone who just makes you want to listen. She’s doing a big thing here, and we approve of it.

We admire how private she keeps her life despite the fact that she is very active on television and on social media. She has a huge fanbase and she’s in our lives almost daily, but she still manages to keep her private life to herself. That’s a wonderful trait to have in such a public life.