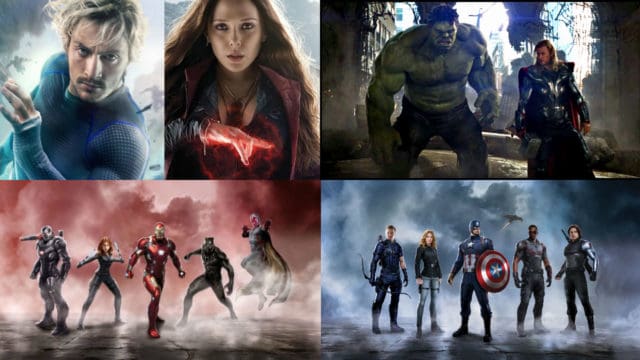 The new Justice League movie may not have won over the critics in the way that the DC Extended Universe wanted, but this does not mean that it should be written off too soon. In financial terms, the DCEU is actually more successful than it’s biggest rival – the Marvel Cinematic Universe.

The first five movies from the DCEU have grossed more than $1,600,000,000. The figures from the Marvel films have been adjusted for inflation but still only reach just over $1,300,000,000. This shows that while the films may not have been a hit with critics, they have certainly got the fans rushing to the cinemas. While money is not everything, these figures certainly suggest that DCEU may have a lot more going for it than many people believe. So what is it about DCEU that has got so many fans excited about the films that they produce?

Marvel Studios should be given credit for creating the whole ‘cinematic universe’ concept. Never before have individual films carried a story arc with other films before bringing characters from these films together in yet another film that still follows that story arc. However, DCEU had one advantage that Marvel did not. Warner Bros. already owned all the rights to DC Comics biggest heroes – Superman, Batman and Wonder Woman are just three examples. You could argue that Marvel’s most well-known heroes were Spiderman and the X-Men. However, the rights to these characters were held by Sony and Fox respectively. The Avengers were not unpopular, but they were not necessarily the first characters that you would think of. Of course, all of this has changed now.

Another reason that DCEU may be more popular with fans than MCU is the presence of a strong female lead. Harley Quinn was one of the main characters in Suicide Squad and Wonder Woman plays a central role in Justice League, as well as having her own movie. The main character in MCU is probably Black Widow but she does not take a leading role in any of the movies she has featured in, instead, she takes on more of a supporting role. There are currently no plans by Marvel to make her own movie.

There is no doubt that the Justice League movie has been a disappointment for Warner Bros. and the DCEU as a whole. The movie has not been as successful financially as the previous movies and it may even turn into a loss for the studio. Final box figures are not in yet as the film is still showing in theaters. Warner Bros. has already publicly admitted that they have work to do in making sure that they do not find themselves in this position again.

Based on current trends it seems that while DCEU started off strongly, MCU seems to be in the leading position at the moment. The trailer for the upcoming Avengers: Infinity War broke records for the number of times it was viewed in the 24 hours after its release and the studio has three movies planned for release in 2018. However, with the plans that Warner Bros are putting in place to overcome the failure of Justice League, there is no reason why DCEU cannot enjoy the same success in the future.