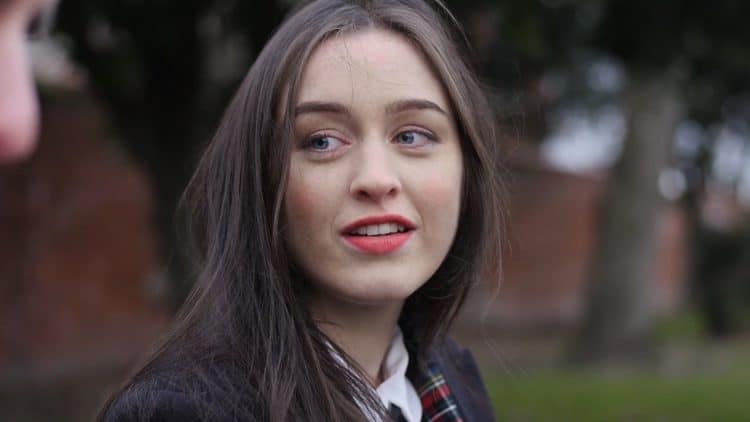 Since starting her career, Danielle Galligan has taken the acting world by storm. The talented Scottish actress may still be relatively new to the industry, but she’s already proving that she deserves to be there. Many people will be surprised to know that she actually made her debut TV appearance in 2019. She is now officially on the brink of her big break thanks to being cast in the upcoming Netflix series Shadow and Bone which is set to be released in 2021. Although she’s already building quite a buzz, if the series ends up becoming a success there will likely be countless doors that open to her. Keep reading to learn 10 things you didn’t know about Danielle Galligan.

1. Her Grandmother Inspired Her Love For Performing

Danielle isn’t the type of actress who grew up with dreams of being a performer. During an interview Axis Ballymun, she even said that she didn’t put on cute little performances for her family at home during her childhood. Instead, she didn’t develop an interest in acting and theater until her grandmother took her to see a play. Once she reached her teenager years, she began to get involved with plays at school.

When Danielle got into acting it quickly became clear to everyone that she was a natural. Still, she knew she had to put in the work to reach her full potential. She eventually decided that she wanted to get serious about honing her skills and she began taking classes at the Betty Ann Norton Theater School. She then went on to study at The Lir Academy.

Acting is a great way for Danielle to express her creativity, but it’s not the only way. Although she doesn’t consider herself a poet, she has been writing poetry for several years. She has shared several of her pieces with her followers on Instagram and they seem to love her work. She hasn’t shared whether or not she has plans to publish her work in a more formal way, but I think it’s safe to say that her fans would enjoy thay.

4. She’s Been In Music Videos

At this point in her career Danielle’s on screen resume isn’t very extensive, but she has had quite a few cool opportunities in a short amount of time. In 2017, she appeared in the music video for the song “You and Me” by Davis. The following year she was in the video for “Can You Feel It” by Yellow Season.

5. She Is A Screen Writer

Poetry isn’t the only kind of writing Danielle likes to do. In 2017 she made her screenwriting debut with the short film “Strangers in the Park”. There’s a good chance that we’ll see Danielle do more writing throughout her career. She was also one of the creators of the theater production Gym Swim Party.

Traveling is one of the best ways for a person to enrich themselves. From having new experiences to being surrounded by different cultures, there’s something special about traveling that nothing can compare to. Danielle enjoys traveling and has gotten to visit several places such as Italy, Germany, and Australia.

7. She Was In An Episode Of Game Of Thrones

Quality over quantity is the perfect phrase to describe Danielle’s acting experience so far. While she hasn’t had a lot of roles, she’s been a part of some very impressive productions. She appeared in an episode of the hit series Game of Thrones in 2019 as a character named Sarra.

8. She Loves The Theater World

Doing movies and TV shows comes with lots of attention (and money), but like most actors, Danielle will always have a special place in her heart for the stage. She has gained quite a bit of theater experience over the years and she continues to do plays although her on screen career has taken off.

9. She Was A Big Marykate And Ashley Fan

As someone who grew up in the 90s and early 2000s, Danielle was around to see Mary-Kate and Ashley Olsen reach their prime. While talking to Axis Ballymun, Danielle shared that she was a huge fan of the twins and collected and read many of the books they released.

10. She Briefly Thought About Pursuing A Career In Medicine

Before Danielle discovered her passion for acting, she had a very different idea of what her future would look like. At one point she was considering a career in medicine although the thought didn’t last long. She also went through a phase where she was interested in becoming a pilot.