Home
Television
Can the Show “Deadliest Catch” Last for 30 Seasons? 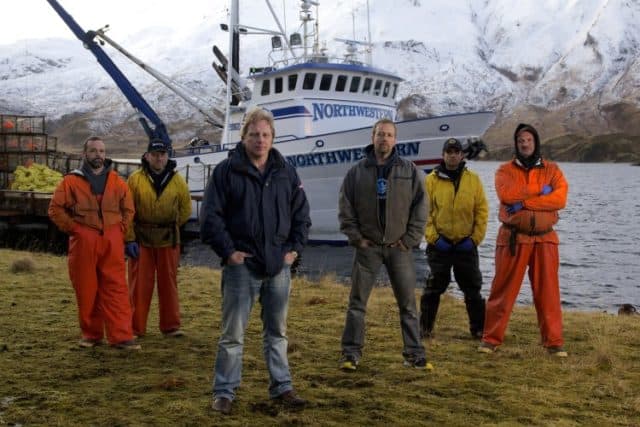 There are far and few TV shows that have truly stood the test of time. Besides a couple of news series, sports programs, and daytime soap operas that have been around for over 50 years, a lot of TV shows that come out today have a shelf life of about 5 to 10 seasons–maybe even less if they’re unsuccessful. There are a few shows today that have the chance to go the long distance, one of which is a documentary from the Discovery Channel. If there’s one show that could last for 30 seasons, it’s got to be the one that’s about the unlikeliest subject matter of all: crab fishing.

None of us knew what we were missing until we saw the very first episode, which aired on April 12, 2005. We were all skeptics, as we tuned into the Deadliest Catch–a show about a few fishing boats that go out into the Bering Sea during fishing season. We had no expectations because we didn’t quite know what else to expect other than to see a bunch of guys haul crab crates out of the water. How wrong were we to assume that life as a crab fisherman could be anything less than exciting?

We’ve seen the groups upon groups of crab fishermen take the roughest seas. We’ve seen endless arguments and battles between captains and their crews, between crew members and family members, and between fishing vessels. We’ve seen the death of a most beloved captain, Captain Phil Harris. We’ve seen lives lost to a sunken ship and missed bodies never recovered from the depths of the seas. We’ve seen crew members come and go, and we’ve seen greenhorns rise in ranks. We’ve seen a good number of fishing vessels come and go in the show, while the ones that were there when the show first started–the Cornelia Marie, the Northwestern, and the Saga–still remain steadfast against the beating of the Bering.

Now we’re seeing a new generation of crab fishermen taking the reins from the experienced captains, continuing the legacy of the lifestyle, the business, and the craft. Deadliest Catch continues to feature new characters and new fishing vessels season after season, keeping up with the demands from viewers while keeping up with the demands of the sea. There’s so much involved in that way of living; it’s difficult not to be intrigued.

The mystery of Deadliest Catch is hard to pinpoint. It’s so interesting to the rest of us, who couldn’t ever and would never get a chance to live that kind of life. There’s a reason why Deadliest Catch can and will probably last for 30 seasons or even more. After already being around for 13 seasons, the show has found a way to interweave the lives of so many fascinating characters into the enigma and challenge of the sea. No one could ever know or predict what could happen while you’re out at sea, and that’s why the show always has something to give–something new, something unexpected, and something unbelievable–to all those who stick around to watch it. Deadliest Catch is almost halfway through 30 seasons, and it isn’t such a far-fetched thought to think that the show will reach and cross that point one day. Every single episode of Deadliest Catch–past and future–is an adventure, to say the very least, for all of us watching from the comforts of our homes.